These Guys Come From Legend, Captain

If you’ve had the chance to play Marvel’s Avengers since it’s August 14th release date, you probably have a strong opinion on it, one way or another. Generally, fans of the latest from Crystal Dynamics and Square Enix agree that while the campaign is entirely serviceable, the loot and progression systems have a marathon to run before they have any chance of becoming genuinely rewarding. Players have even gone as far as to call for a total rework of how gear gets dished out, citing Anthem and Diablo 3 as references.

Much of the other water cooler talk surrounding Marvel’s Avengers has picked apart the usefulness of each hero. The game’s main protagonist, Kamala Khan, has been a hot button issue that people are having a tough time finding common ground on. The choice to cast Nolan North as Iron Man has drawn the ire of some. And, though the Hulk’s model is a breathtaking mountain of muscle constriction and vein-definition, many have found him to be the most mundane character of them all.

Wherever you stand, come along as we rank “Earth’s Mightiest Heroes” from worst to first, and then see how your own list compares.

I said it in my breakdown detailing the good, bad, and the ugly of Marvel’s Avengers, but Kamala Khan is a terrible character. In that article, I wrote:

“Her wide-eyed optimism is cute before the world goes to hell. But being forced to drag her along through mission after mission, as she gushes over how cool the Avengers are, is embarrassing. And am I supposed to care about this little girl’s fan-fiction contest? But, aside from how unimportant she is, her powers are that of a poor man’s Mr. Fantastic. She stretches but has a fraction of the brainpower. Oh, and the special ability that makes her gigantic turns Kamala into nothing more than a bigger version of the Hulk.”

And nothing has changed. Having spent another five hours with Kamala, I think I dislike her even more now. I can’t deny that her ability to heal party members will come in handy, but the trade-off is having to bring along arguably the worst superhero I’ve ever seen. That’s tough to stomach.

It isn’t often that I disagree with Troy Baker being cast in, well, anything. But there’s something about his Bruce Banner that doesn’t quite connect for me. On the latest episode of COGconnected’s Press X to Podcast, James Paley mentioned that he liked the timidness that Baker puts into Banner. And I agree. But for every moment of sweet, lovable uncertainty, there are also lines that get delivered with an undeniable level of patented, Troy Baker Southern-style charm.

Then Bruce turns into the Hulk. And it’s… okay. Here’s the thing – Hulk plays exactly as Hulk should. He’s capable of smashing nearly everything in his path. His moveset is a bevy of ground and air combos that rattle the earth beneath his feet. And traversing missions using a series of well-timed jumps feels fantastic. But compared to the others, there isn’t enough variety in what the Hulk can do to make him entertaining. Hulk smash, indeed. 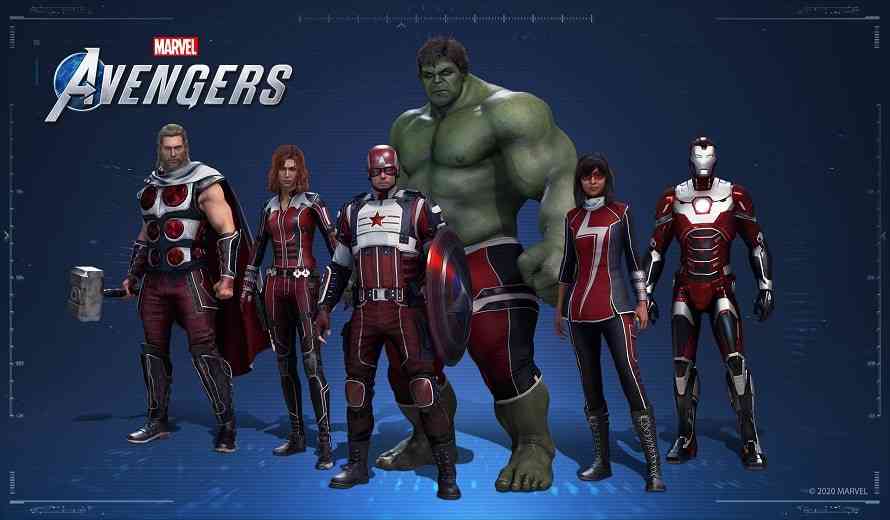 Ms. Romanova has a few of the most unique abilities in the game. Being able to turn herself invisible has been a godsend on the more significant difficulties, especially when it comes to objective-based missions. Whenever you’re sent to destroy something, Marvel’s Avengers usually devolves into a pattern of landing a hit or two on the objective and then fighting off a few newly-spawned enemies. Turn Black Widow invisible, however, and you can complete these tasks without ever taking a single hit. Her combat is also exhilarating, utilizing a mixture of gunplay, a grappling hook, and techniques more akin to what you’d see in a comic book.

Head over to PAGE 2 to see who takes home the gold, silver, and bronze.