How Does a Surprisingly Dark Dungeon Crawler Become a Happy Puzzle Game?

Like many people, I first became aware of Puyo Puyo when Puyo Puyo: Tetris came bursting onto screens in all its colorful glory. I was instantly captivated by the cute characters, fun plot, and surprisingly slick art design, but what really suckered me in was the game’s sense of humor. I mean, how many times do you see a game decide to add more dirty jokes in the localization? I liked Arle Nadja as a surly, smart-aleck protagonist. I liked Schezo Wegey as her oblivious and erratically competent nemesis/comic foil/potential love interest. I liked Satan–er, the Dark Prince–and his bumbling attempts to get Arle’s attention… and equally bumbling attempts to escape from the overzealous Rulue’s attention. Sig, Amitie, and Klug are absolutely adorable, and the humanized Tetris cast is tremendously entertaining. In short, the game had a very zany, retro feel to it, and I was hooked.

Then I started researching the series’ history, and my jaw dropped. Not only was Puyo Puyo: Tetris far from the beginning of the franchise, Puyo Puyo itself wasn’t even the beginning. The story of Arle, Schezo, Rulue, and the Dark Prince actually begins all the way back in 1990, with a series of first-person dungeon crawlers for MSX and PC-98. That series was called Madou Monogatari (roughly translated as ‘Sorcery Saga’), and it was not at all what I expected.

Do you remember when Schezo kidnapped Arle and trapped her in his underground necromancy lair while stealing her magic? And then Arle decapitated Schezo while trying to make her escape, only to be forced to battle his cackling severed head? Because that totally happened. Witness.

As you’ve probably guessed, the original Madou Monogatari games were… significantly less bright and happy than modern Puyo Puyo. Hell, even the original Puyo Puyo games were wilder than modern Puyo Puyo. Madou Monogatari ARS presented us with a Schezo who deliberately sought out powerful sorcerers with the intent of killing them and stealing their powers. The first Puyo Puyo game managed to make the Dark Prince actually somewhat intimidating and gave him the foreboding title ‘Lord of Puyo Hell.’ In Puyo Puyo 20th Anniversary, Schezo spends his entire character mode in a cave, trying to bake a cake, while the rest of the cast drop by and bother him. The Dark Prince hasn’t been considered a real threat in ages. So what happened?

These titles began as fairly serious fantasy adventures–yes, even when Arle is six and trying to pass a test set by her magic teacher. Especially that one, in fact, given the part where Arle hallucinates her classmates turning into horrible monsters with melting faces and leaking eyes–but gradually leaked into the territory of parody, satire, and pastiche. The Dark Prince was never a completely ominous figure, but he went from a genuine threat with a few quirks to magically-enlarging the sun so he could get a tan in the space of just two games. Arle went from having her life in real danger to being a put-upon hero who teases her supposed enemies for kicks. Rulue went from an erratic, funny, and occasionally genuinely sympathetic villainess to just the Dark Prince’s would-be girlfriend. And Schezo… you could write a whole book on what happened to Schezo.

Part of this is definitely because the franchise has changed hands. The original creators, Compile, still own the title Madou Monogatari but have lost Puyo Puyo and its associated cast to Sega. Sega naturally started bringing in its own characters, including Sig, Amitie, Klug, Ringo, Raffina, Lemres, and Ms. Accord, and prioritized them over the original cast. However, the genre shift was already well underway by the time Compile took the Madou Monogatari cast and put them in the puzzle game world of Puyo Puyo. Is the gameplay change to blame? 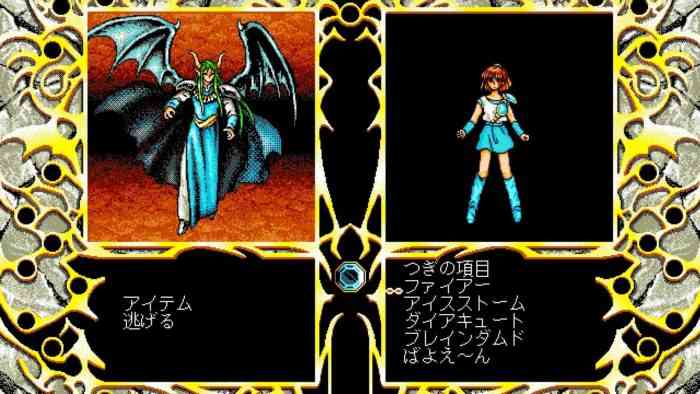 Regardless of how it happened, the fact remains that modern Puyo Puyo has become almost completely divorced from its roots. The Dark Prince is hardly even scary these days, except when brainwashed by someone else. Rulue is basically just another of Arle’s friends. The idea of Schezo being a legitimate threat to anyone is downplayed in favor of making fun of the weird things he says. These characterization shifts, the humorous tone, and the Sega cast are definitely here to stay. The question now is… is any of this actually a bad thing?

As interesting as I find Madou Monogatari now that I know about it, the fact remains that it was Puyo Puyo: Tetris I first fell in love with. Those colorful characters, cartoony voices, and zany storylines captured my heart. I loved the DLC chapter where Schezo fights practically the entire cast and jams his foot all the way down his throat in his efforts to ask Sig for his hand–er, ask to examine Sig’s cursed demon hand–before I even knew that Schezo had once been a maddened dark mage who actually killed people. Knowing the origins of the series has definitely enhanced my enjoyment. Still, I’m not sure how Sega would go about incorporating the dark roots of Madou Monogatari into the modern Puyo Puyo games.

Maybe it’s not a bad thing that Puyo Puyo has changed over the years. Every series which lasts long enough will eventually leave its past behind, for better or worse. As long as the gameplay, story, and characters keep evolving, I’m sure that Puyo Puyo will stay fun, creative, and most of all, hilarious. But I would still totally be up for a spin-off RPG that gives Arle, Schezo, Rulue, and the Dark Prince their badass cred back.

Which of your favorite game franchises has changed the most over the years? Let us know in the comments below or let us know on Twitter, Facebook, or Instagram.


NEO: The World Ends With You Release Date Trailer Will Get Your Blood Pumping

Neo: The World Ends With You Officially Confirmed to Be a Sequel

What to Expect From Mistwalker’s Fantasian
Next Dear PlayStation 5 Scalpers, Go F*ck Yourselves
Previous Let’s Rank All The Legend of Zelda Games, From Worst to First