Interview with Mila Irek, the Writer Behind Thea 2: Shattering

A while back, I played a rather early version of MuHa Games’ Thea 2: The Shattering. Initially, I wasn’t blown away. However, Early Access releases offer hope that games might improve so long as they aren’t abandoned. Recently, I was fortunate to be able to speak with Mila Irek, who works as writer and quest designer on the game. During our discussion, Ms. Irek gave some insight into the vision behind Thea 2, releasing into Early Access, and what players can expect going forward. After speaking with her and seeing the steps being taken to improve the game, my confidence has been bolstered.

As with the first Thea, the idea of blending different genres is a key aspect of the The Shattering’s design. Ms. Irek said that they feel that they have done this especially well in Thea 2 but that they have heard the feedback offered by those who have played the Early Access release. She said that this demonstrates a big part of why and how they’ve chosen to go about using Early Access.

“The scope has grown [since the first Thea]. Our team has not… We chose to enter Early Access at an earlier stage than with the first one, and we’ve been able to quickly tackle a lot of the issues we’ve encountered in the first week.”

When asked how they’ve handled the growth of their scope without onboarding new team members, her answer was relatively simple.

Of course, crunch isn’t all. Ms. Irek also mentioned that the way they’re releasing content (especially with respect to Early Access) has allowed them to consider community feedback before deciding the best ways to implement new features. Specifically, Ms. Irek said that they have heard how discouraged some players get when they encounter the card-based combat. Fortunately, she was happy to relate that they have some stuff coming down the pipeline soon that should help to, at the very least, offer some diversity to the combat experience.

“We haven’t implemented certain things, which allows us to change things according to the feedback from the community… From this month on, we’re hoping to focus more on implementing new features.” 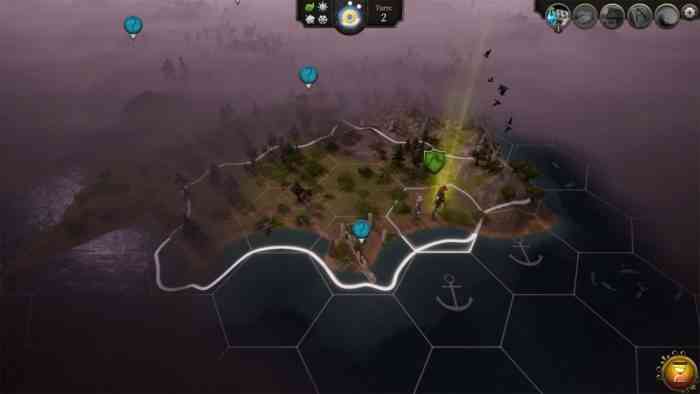 A common theme of some of the upcoming content releases and updates was control; that is, giving the player more control. The ability to somewhat control child birth rates with resources and the ability to choose who to bring into battle if you have more than seven people in your group are just two of a number of upcoming features.

“Thea isn’t going to be like Civ, where if you do everything right, you can more or less know what’s going to happen. There’s always going to be that unpredictability with Thea, that importance of fate… but giving the players some flexibility is something that we’re working on.”

Even since our discussion, more content has been added to Thea 2. Production is clearly very active, and the game is being constantly improved. With any luck, MuHa Games will continue listening to feedback and improving their game. Thea 2: The Shattering is definitely one to watch.

Beyond Contact Is Out Now on Steam in Early Access
Next Anthem: Things We Loved (And Hated) About The “VIP Demo”
Previous The Top 10 Guest Characters We Want in Mortal Kombat 11