I Got My Copy of Final Fantasy VII Remake… For The NES!?

Last week I got one of those wonderful packages in the mail that I had been waiting to get for about a month. Inside, it contained something that I didn’t know existed until… about a month ago: Final Fantasy VII remade for the NES. It’s the entire game built on the Final Fantasy I engine, and it’s everything I could hope and dream it would be (aside from maybe FFVII built on the FFVI engine).

The love and attention to detail in this release is incredible. The graphics and music are perfectly recreated in all their 8-bit glory! Character mugshots are reproduced, eerily close to their PS1 originals, for conversations. The battle system is Final Fantasy I plus materia, and all the mechanics you could hope from VII. And it’s a solid 40 freaking hours long!

Most of my colleagues at COGconnected didn’t realize this version of the game existed, and I decided to write an article giving readers a bit of an introduction to the reproduction cart scene.

Reproduction cartridges are games that are put onto cartridges of other games. For example, one would take a Super Nintendo cartridge for a sports game (of which there were many), then take a ROM of another game, rip it onto the board inside that sports cartridge, and make a nice label for the new game, so it looks like a legit game. Obviously this sounds super illegal, and every now and then some assclown will sell repro copies of Earthbound on eBay for slightly less than the $200 they’re worth, to rip off collectors, but mostly this is done for games that didn’t ever get a North American release, or games that are homebrewed. Most repro carts are NES and SNES games, although I do have one Gameboy Advance game, and there are Sega Genesis carts out there. 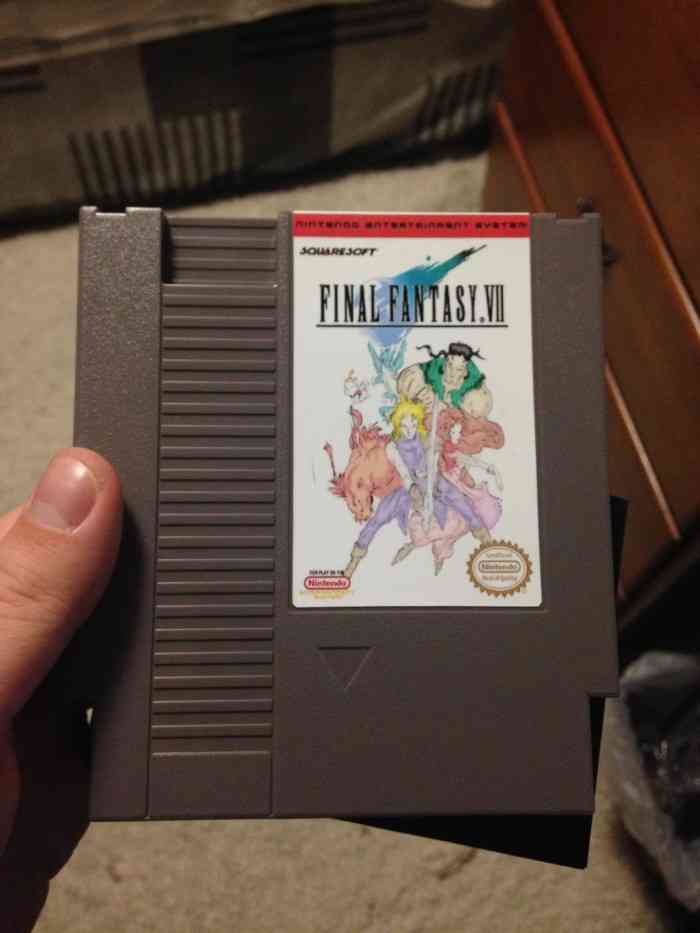 I have a pretty large collection of repro carts, and I’m going to use it to explain the different types of carts that are out there. My collection includes: (see picture)

Front row: Treasure Of The Rudras, The Violinist Of Hameln 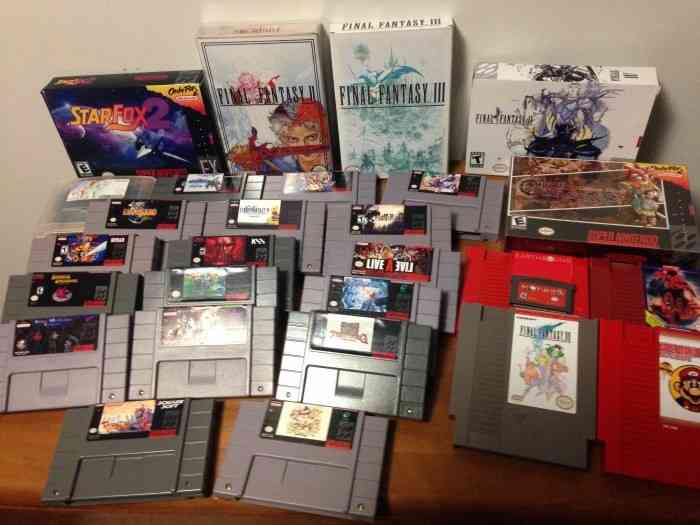 22 out of my 28 repro carts are for Japanese games that weren’t released in North America. The reason I got into repro cart collecting was to get a few key titles that I knew I wanted to play. These games had been translated into English, and released online by lovely hackers who felt like everyone around the world (who spoke English) should be able to play them (not just those who spoke Japanese). Terranigma and Secret Of Mana 2 were sequels to Secret Of Mana and Illusion Of Gaia, which I knew I had wanted to play for years, Sweet Home was an NES game that had a lot of online hype about how good it was, and Final Fantasy II, III, V, and Super Mario Bros. 2 were games I knew I had to get after my OCD kicked in upon discovering the cart scene. I don’t like PC emulators; I wanted to play these games with a controller, and on an old TV. Then I started doing research about Japanese-only releases, and got all my other carts over time. Treasure Of The Rudras, for example, was featured prominently on all the repro sites I visited, and was a Squaresoft RPG released late in the life of the SNES. How could I not want that!?

Homebrews are a major part of the repro cart scene, and not so much my bag. They are ROM hacks of existing games, which are used to make new games. If I had more money I would probably get all of them, but there are just so many Mario, Zelda, and Metroid reshuffles out there! I have two, however; Chrono Trigger: Crimson Echoes, and Final Fantasy VII NES. Crimson Echoes is a fan-made direct-sequel to Chrono Trigger, and it’s supposed to be very good. I haven’t played through it yet, but I have played though the 2 not-so-direct sequels to Chrono Trigger (that’s right, 2! Chrono Cross was the sequel to the Japanese-only text-based RPG Radical Dreamers), and love the franchise enough, that when this fancy, boxed-version had a limited run on my favorite repro site (more on that in a bit), I panicked and immediately snatched it up.

Nintendo Orders RomUniverse to Destroy Pirated Game Files
Next Hitman Stuns in Public Beta – 5 Reasons Why It Was a Success
Previous Homefront: The Revolution Beta — Needing Life Support After a Disastrous First Impression