Halo 5: Guardians’ Multiplayer; Way Ahead of its Competition – And It Might Be the Best Ever

Halo 5: Guardians; How Multiplayer Should Be Done

If it wasn’t already abundantly clear, it has to be now; Halo 5: Guardians’ multiplayer suite is far and away the most complete and sound matchmaking experience on any platform today, and maybe ever. After the deserved backlash from Halo 4, developer 343 Industries took the franchise back to its arena and competitive roots, delivering the best combination of gameplay mechanics and arena settings this side of Halo 2. And with last week’s Warzone Firefight update, that comes packed with new maps and modes, Halo 5: Guardians has entered into the pantheon of legendary multiplayer experiences and must now be in serious contention to be crowned the greatest of all.

As I launched the game following the 7GB patch, taking the game’s total file size to nearly 90GB, and made my way to the Warzone Firefight playlist, I was bombarded with 343’s ‘Message of the Day’ that showed just how much new content was crammed into this month’s update. The competitive community got some new Arena maps, the ODST enthusiasts finally get their hands on Firefight for the first time since Halo: Reach, and players can now even support their favorite eSports teams by purchasing their weapon skins to be used in-game. 343 Industries’ consistent updates over the past 8 months since the launch of Halo 5: Guardians has transformed the game from a solid multiplayer suite to an experience that is now far and away ahead of its competitors. And all of the added content comes at no extra cost.

“Halo 5: Guardians’ multiplayer offering deserves infinite praise and should be taken as a model for other multiplayer titles on how to keep your community happy.”

Players who didn’t own the game were also able to get it for free as part of a brilliant Microsoft promotion to attract new players. It gave those who haven’t given the game a shot an inexcusable reason to jump in. Outside of matchmaking, Campaign Scoring has now been added for the lore junkies as well as new Forge palates for those with an artistic touch. While most hardcore fans could list a million smaller annoyances and ommissions, even those were taken care of with recent content patches adding in post-game medals and ranking trackers alongside more customization options to make your Spartan stand out from the rest.

All of this is wrapped up in an array of mechanics so finely tuned that going back to play older Halo titles feels ancient in comparison. While the maps in Guardians cannot compare with those found in Halo 3, and especially not Halo 2’s legendary assortment of arenas, Halo 5 overcompensates in every other department. This has me scratching my head thinking about how the new Halo team can evolve what’s there in future titles. What can Halo 6 really add besides more of what is already there? More modes, increasing the item limit in Forge, more content on day one, and the basic upgrades to graphics and production value. The next mainline Halo title is in the same position Halo 3 was for former developer Bungie in that there isn’t much to change from Halo 2, swapping in for Halo 5 in this example. 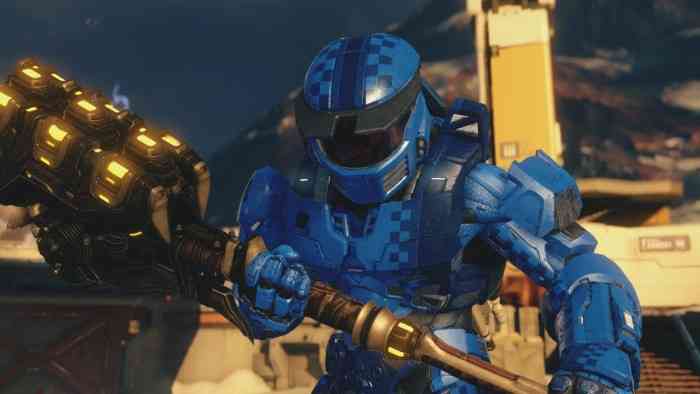 But all good things must come to an end, or at least a bit of a slowdown, as June 2016 seemingly marked the end of monthly updates for the Xbox’s premier exclusive. Microsoft had announced support for Halo 5 only up to June, and while more maps are sure to come, they may be separated by a few months instead of the 30 days wait we have been spoiled with. But what is there can already last until Halo 6’s presumed fall 2018 launch especially if the developer can incorporate more of the community’s best Forge creations into the map rotation. With all the hype surrounding Overwatch and the positive community reception for Battlefield 1, Halo 5: Guardians’ multiplayer offering deserves infinite praise and should be taken as a model for other multiplayer titles on how to keep your community happy. Guardians must now be in the discussion, alongside the likes of its predecessors in Halo’s 2 and 3 as well as legendary PC titles like Counterstrike and Team Fortress, for the greatest multiplayer experiences ever… but only after Oddball and King of the Hill are added as permanent game modes!

Halo: The Master Chief Collection Is ‘Internally Exploring’ Microtransactions
Next Three Things We Love (And Hate) About Epic’s Paragon
Previous 10 Games That Should Have Been on the Mini NES