In these Games, Death is Not the End

Roguelike and Roguelite games seem to have taken the gaming industry by storm the past few years. And for good reason. They are often unique, challenging, and provide a great experience for the player.  Like any other genre, they are often built on some key concepts. For instance, Roguelikes are often defined by permanent or semi-permanent character death. Additionally, progress is often linked with failing a few times. Furthermore, roguelikes/lites have become an ever-expanding genre. Nowadays they branch into action, CCG, and strategy. If you are a fan of roguelike/lites then here are five games you need to try out for yourself. COGconnected is sure you will love them.

The first game on this list is quite an interesting one. A deckbuilding roguelite called Slay the Spire. Slay the Spire revolves around selecting one of four playable characters, each with differing cards, and building a deck as you explore the various “acts” of a mysterious tower: The Spire. This game isn’t really focused on story. Instead the game chooses to focus more on strategic thinking, planning, and turn-based card combat. 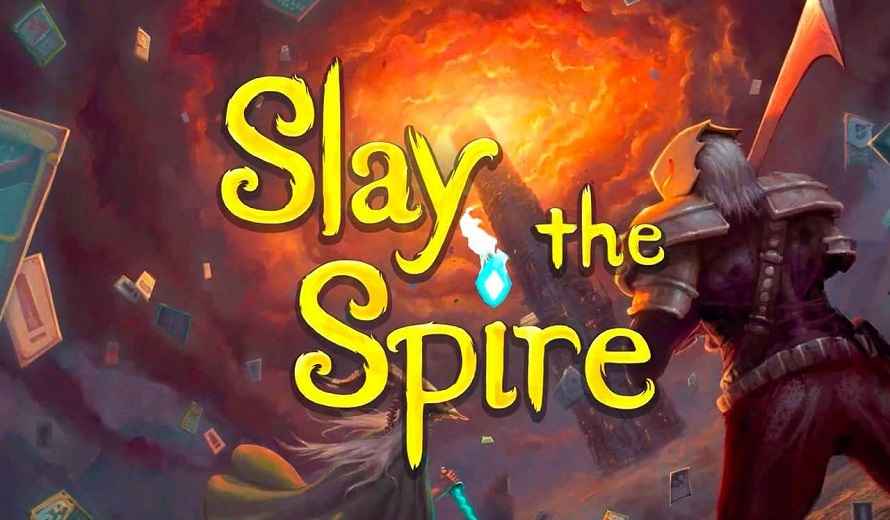 Of course, Slay the Spire is a perfect game for those players who want some strategy with their roguelites. It takes a lot of planning to make it to the heart of the spire, choosing your fights from the map, and deciding if losing health is more of more worth than visiting a shop for instance. Additionally, the deckbuilding and relic system function in a way players can use to make effective combos. However, it’s important to keep in mind that, as a roguelite, every card, relic, and monster you fight is randomized each run. Dying means starting over at the bottom of the spire.

As a roguelite with a card collecting style, Slay the Spire can have quite the learning curve for new players. Of course, this is because it takes time to learn what every single card, relic, and encounter do. Furthermore, it takes even longer to begin working out how to put together combos and well-structured decks. However, this shouldn’t discourage new players from picking up the game. It provides hundreds and hundreds of hours of fun. Additionally, it is a unique style of game executed very well where learning is part of the fun.

So, what are you waiting for. Slay the Spire is currently available on PC via Steam and Consoles.

The next game on this list is quite a departure from Slay the Spire. Introducing an action roguelike with a third-person-shooter style, Risk of Rain 2 is a game for those who want a roguelike with some heart-pumping gameplay. Players will select from an unlockable roster of characters, each with their own unique skills, weapons, and style of gameplay. Players then enter a series of different realms where they will battle against waves of monsters as they seek to unlock the teleporter to advance to the next stage. Of course, during their time in the level they can look for more items to help them. 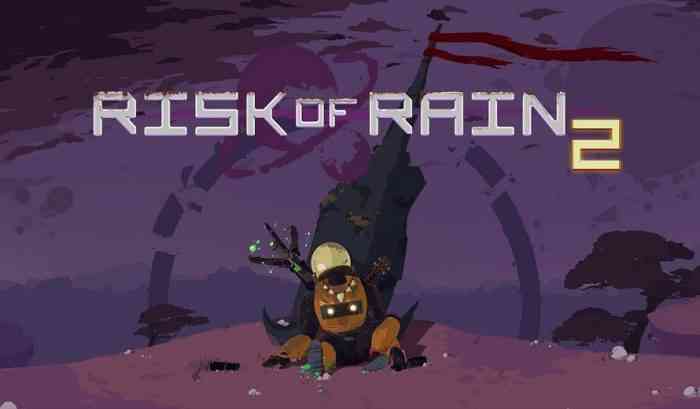 The items in Risk of Rain 2 are where the learning curve mostly resides. Each have different effects and learning to pair them together, or use them effectively in a build takes some time. However, at the end of the day it is a third person shooter roguelike. If you can dodge, shoot, and kill enemies you might do alright. But be warned, as time passes in each level the difficulty overall increases. Importantly, escaping through the teleporter doesn’t alleviate the difficulty so time is indeed against the player.

Risk of Rain 2 is a fun, action packed, roguelike that gives the player a third-person-shooter experience that blends well with its roguelike elements. Additionally, players can play with their friends, turning this into a co-op roguelike. Currently, Risk of Rain 2 is available on PC and Consoles. However, it is important to note that the game is not cross-platform.

Those players looking for a more classic roguelike, with some elements of strategy and traditional RPGs, our next game is just right for you. For the King is a roguelike that is driven more by narrative. Despite having to restart the game upon the death of your character or party, the narrative persists. The player’s goal is to save the kingdom, in the name of the king, and if you fail you just end up becoming new heroes with the same goal. Of course, the game comes with a bit of a learning curve. 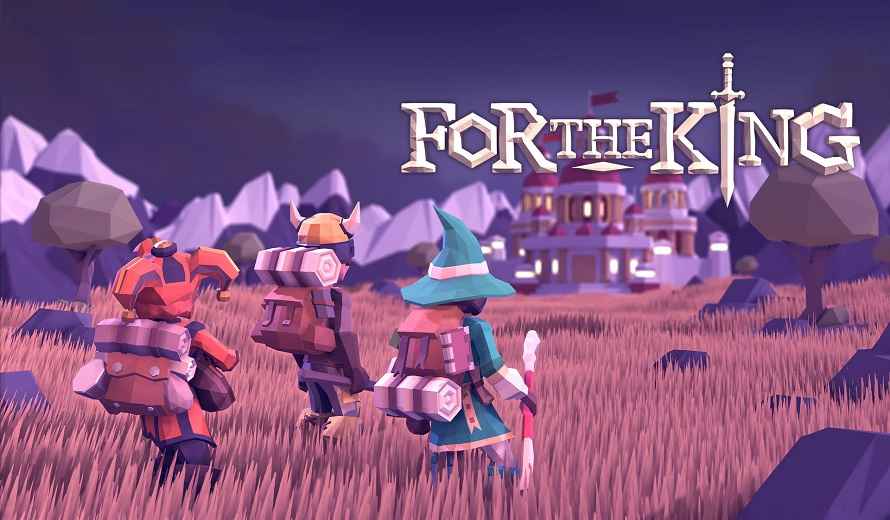 For instance, players can select from a range of classes. Each with their own stats that make them use different weapons better. The adventure map is divided into hex-tiles where players use turns as movements. Combat is resolved in turn-based battles where players use abilities, items, and weapon attacks to defeat opponents. Of course, you don’t heal between battles so managing your health, and how far you are from the safety of towns, becomes a key part of strategy. Furthermore, as time passes the land becomes more and more corrupt, and as a result, more difficult.

Players, either alone or with up to two friends, need to become powerful enough to defeat the big bad and win the run. Of course this is a task easier said than done. For the King is a game for those players who are wanting a game that’s easy to learn but hard to master. A surprisingly simple premise evolves into a game with deep strategy, resource management, and combat tactics. For players who want a more traditional roguelike that holds up in the fun department, For the King is an excellent choice.

For the King is currently available on PC and consoles.

The next game on our list brings roguelike elements to a hack-and-slash action platformer. Dead Cells is a roguelite with addictive gameplay, awesome items, crazy bosses, and a mysterious narrative. Players take on the role of the beheaded, an executed prisoner now brought back to life, on an island crawling with monsters. Of course, it becomes quickly apparent that these monsters were formerly the inhabitants of the island. 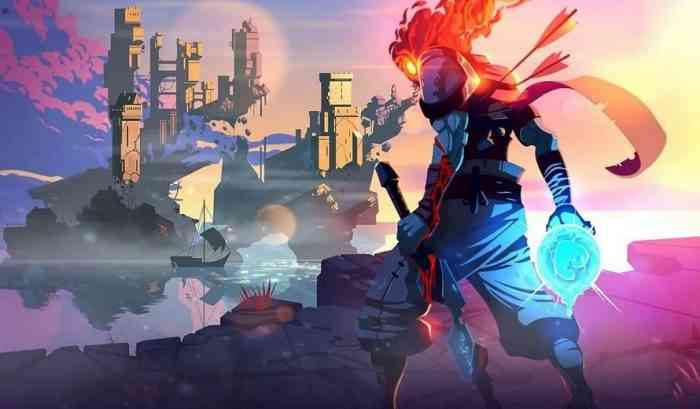 Dead Cells uses the “death means restarting” mechanics of a roguelike but combines it with the persistent currency system of a roguelite. The idea being the player will unlock new items with currency that they collect during a run. These items will then appear in the players future runs at random. Of course, different items have different effects and can be upgraded during different runs.

The learning curve of Dead Cells relates to the movement, combat, and finding weapons that fit a particular playstyle. As a platformer, players need to learn how to use the varying heights of a level to their advantage. Additionally, Dead Cells includes a dodge mechanic where timing is incredibly important. Above maybe even learning combat combos, getting dodges down is the most important concept. The difficulty of Dead Cells increases as you advance to different levels where players will face harder monsters and harder bosses.

Dead Cells is a action packed, platforming, roguelite with a huge amount of re-playability. Additionally, at the time of this list Dead Cells has three complete DLC’s to add even more hours to your play. Dead Cells is available on PC and consoles.

The last game on our list is perhaps one of the most highly lauded roguelites in many years. Supergiant’s roguelite Hades, is the first video game to win a Hugo Award, and it is well deserved. Hades takes the mechanics of a roguelite and places them within the well-developed lines of a beautiful narrative. 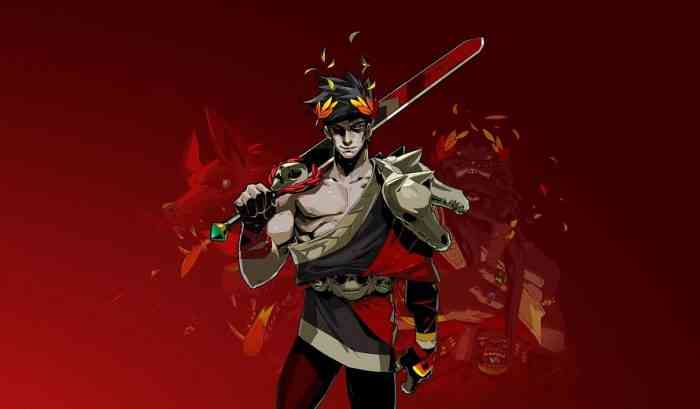 Players take on the role of Prince Zagreus of the Underworld, son of Hades. The story revolves around Zagreus’ attempts to escape the Underworld, and the reach of his father, and find his mother. Of course, Hades himself summons the entire might of the underworld to stop the prince. When the player fails, it’s right back to the house of Hades with you. However, importantly, it is in the house of Hades where a great deal of the story’s development takes place.

Hades is a roguelite blessed with an amazing cast of characters, great voice acting, and awesome gameplay. Prince Zagreus can select from a range of unlockable weapons, each with their own playstyle, he can receive boons from his Olympian relatives that grant him power, and even receive trinkets from his friends. The direct gameplay revolves around collecting boons from your relatives to make a strong build. Hades is a game that is easy to get but hard to master.

The learning curve emerges when learning how to use all the boons effectively. Additionally, learning which weapon best suites your playstyle is a major part. Anyone who loves a great story with some fantastic gameplay should for sure look to Hades. In fact, even if you don’t want a roguelike… just play Hades.

Hades is currently available on PC and consoles.

So, did any of these games pique your interest? Are you looking forward to trying any of them out? What is your favorite roguelike of all time? Is there anything you would add to this list? Let us know on twitter and Facebook. As well, remember to share this list with your fellow gamers.