A Heart to Heart with Gunheart Developer, Drifter Entertainment

With the recent launch of Gunheart, I was able to get time with the minds behind it all at Drifter Entertainment. The team behind Drifter Entertainment includes Ray Davis, who served as a General Manager at Epic Games and lead engineer on Gears of War 1 and 2. Davis also oversaw the launch and growth of Unreal Engine 4 and Epic Games’ VR initiatives, including the acclaimed VR shooter Bullet Train. Next up at Drifter Entertainment is Kenneth Scott, an art director who worked on blockbuster hits including Quake 3, Doom 3, and the Halo franchise, and also worked at Oculus. Lastly, Brian Murphy, who spent the last decade working as a designer and creative director for Microsoft Studios and took several major platforms and games from incubation all the way to final product, including the Xbox One, Microsoft HoloLens, and Xbox Kinect.

The team has quite an impressive resume, from some of the most popular franchises around to consoles and hardware. How and/or why did the team come together to form Drifter Entertainment?

Brian: I think everyone on this team is really driven by a desire to grow professionally and creatively. Like you said, we’ve all been super lucky to work on some really terrific stuff over the years and I think taking that experience and applying them to starting something entirely new was just a really exciting prospect.

Kenneth: A common thread amongst us all was a love for wrestling with emergent technologies and problem-solving creation on fresh outta the oven platforms.

Your first title together at Drifter Entertainment, Gunheart, is set to release from Early Access, how was the Early Access experience?

Ray: Early Access was a fun experience for us and something we definitely want to integrate into future games development for our studio. The opportunity to connect so directly with fans of your work, share ideas and get their feedback, has helped us tremendously in the process of building Gunheart. Especially with the early VR community, it was invaluable to have constant feedback on what is working for players, particularly when it came to nailing the locomotion options for the game. 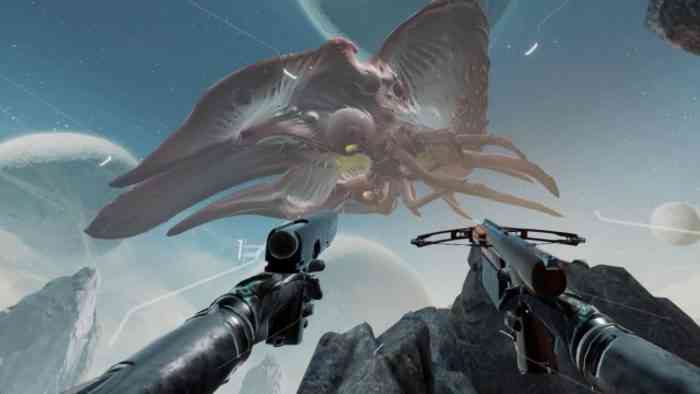 Were there real concerns going into Early Access with a VR game that you might not have with a more traditional desktop/console game?

Brian: You know it’s funny, but if early access taught us anything it’s that we might have initially OVER indexed on comfort. Before we started Drifter we had all done quite a bit of AR and VR development and so we had a pretty good handle on making the game comfortable for people who suffer from motion sickness. The big surprise for us was actually how vocal and passionate some players were when it came to locomotion and for a lot of players, the comfort options actually pulled them out of the experience. Ultimately what we learned is that VR is a far more personal experience than other types of gaming and because of that it’s important to offer a lot of meaningful options for players to play with so they can find the configuration that works best for them.

Players always like to know when they’ve made a positive influence on development in Early Access games. Are there any examples of player feedback that was directly incorporated into the game or that had a meaningful impact on development?

Ray: One of the most recent additions would have to be the jump mechanics. Personally, I had resisted the idea of jump in our game – if you have teleport as a super-power then why would you ever want to jump? It turns out I was very wrong, jumping is amazingly fun (especially in combination with teleport) and it’s made a dramatic impact on how many players enjoy the game. Lesson learned – listen to your community early and often! 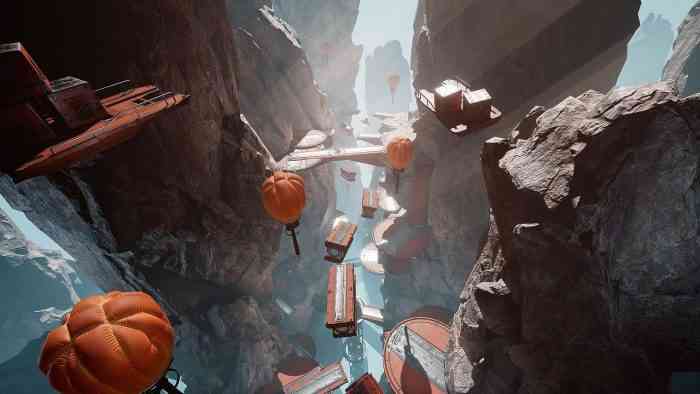 Early VR adopters have seen their fair share of shooters to date. What makes Gunheart stand out from that crowd?

Ray: Gunheart is a full-fledged game that is meant to be played for 10+ hours (and many players have already clocked 50+ hours!) with lots of content and features to unlock. With one of the best set of VR locomotions options, tons of co-op content for you and your friends, several different game modes (+PVP) this is a VR experience that will keep you coming back for more. It’s also a beautiful experience with a quirky sense of humor about it, built by a small team who love making games!

Brian: I think Gunheart also brings a new kind of sci-fi world to immerse yourself into the table. A little less dark and brooding, and a bit more irreverent and over the top. I’d also say that our locomotion system stands out as a completely unique beast, 25-foot rocket jumps, unlimited teleportation and smooth motion navigation that slides you through environments at over 30 miles per hour all adds up to an evolution of shooter combat that’s unique and super addictive.

One of the things that certainly stood out to me when I first played was the visuals and how truly fantastic everything in the world looked. What were some of the inspirations for the aesthetics in Gunheart?

Kenneth: Is ‘necessity’ a terrible answer? It’s not entirely off the mark if a rather un-sexy framing to the early creative process. With just the three of us standing up the game at the get-go, reaching back into my skull for the things I knew I could do well and quickly superseded the usual pre-production norms. Time and capacity is not a new constraint to any developer, but this was a silky double-edged sword of “Yay, we get to do almost everything ourselves!” and “Boo, we have to do everything ourselves!” So over the hot coals of necessity, we baked us up a warm loaf of Fun. So delicious, and with what was in the cupboards already.

Early VR development, at the time, was in this strange state of mostly coasting on novelty. Things were either gorgeous but shallow, or delightful but unremarkably lo-Fi. Very few developers, and for good costly reasons, were not doing the hard thing and making something ‘in the tradition’ of a Blockbuster. Reaching for Epic had to play a part. Finding moments that invited return, candy for the rods and cones. Giving laughter into the darkness was important to us creatively, and was sort of a fun collision for what is collectively a terrible sense of humor amongst the three us. Hah.

Evoking, not overtly, the games and films that drew us to this field. Myself, pushing the creatures into insect absurdity felt like a love letter to Cronenburg and Carpenter. Finding some relatability so they tickled the amygdala in the worst ways possible. ‘Ew, that’s people’. My little X statement was, What if the Thing was written by Douglas Adams.

Funny thing, I wrote Art guideposts for some of the external folks I was working with before we started hiring. I haven’t actually shared with the team. Which might point to how useful the exercise was.

VR FIRST: Art decisions are driven by what best exploits this emergent platform. Art choices strengthen presence, build strong spatial comprehension, connect users to their hands, and maintain Comfort. Our audience gets the best of what this new frontier has to offer.

SUPPORT THE EXPERIENCE: Decisions are guided by the crossroads of the user experience and Performance Demands. Perf is KING. A cranky, George RR. Martin, shiv you in the neck kinda king.

DELIGHTFUL, PLAYFUL AND ADULT: We craft an experience that is broad and accessible, while never alienating the audience that seeks a grownup experience. Heart pounding and inviting.

I had read that you had aspirations to bring VR into the eSports realm, is that still a goal and if so, what did you implement into Gunheart to appeal towards the eSports crowd?

Brian: We are still super excited about the possibility of e-sports and VR. We’ve put a PvP mode in Gunheart called “Brawl” which might be the fastest paced competitive FPS I’ve ever played and we’re hopeful it strikes a chord with the competitive gaming crowd.

I think for VR eSports to break through, we need a competitive game that finds an audience big and passionate enough to support that kind of ecosystem. So we’re focusing on making the most awesome competitive mode we can for now.

With Gunheart supporting a variety of different HMD’s and desktop as well, were there any specific challenges in getting them all incorporated while trying to keep the same experience throughout multiple devices?

Ray: Keeping feature parity across all platforms has been a challenge, especially as each platform has a very unique form factor for their controls. Also between VR and desktop, there’s a lot of challenges just in regards to player field-of-view and how we tackle seemingly simple things like user interfaces. Fortunately, while every platform has a different set of inputs, we’ve been able to ensure that every player is on equal footing within the game no matter what their platform of choice has been. In hindsight, it’s clear that this is a complex problem to tackle, and it’s made some parts of the game’s code… “interesting”, but we’re very happy with the results.

Brian: Developing on multiple platforms actually pushed us to make a fuller and more awesome game. In a way, the awesomeness of VR can operate as a crutch for designers. If it feels great to stand on a ledge and look down why push past that? But when you’re building a game for flat screens and VR at the same time, you don’t get that luxury. You’ve got to be honest with yourself every step of the way because in the traditional shooter space we are competing in is an even tougher market, and we want to make the best game we can no matter what platform you play it on. 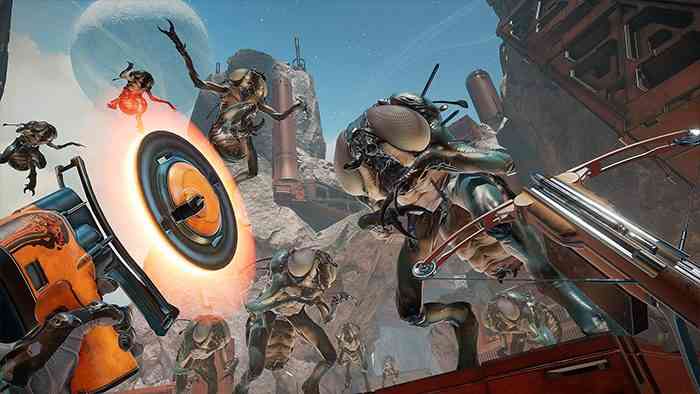 When it comes to VR development, what specific challenges are there in making a game that isn’t present with traditional games?

Kenneth: VR is so personal and so strongly tied to the user’s physiology, it’s an art in itself to create something that maps well to different people. Even outside of the challenges of optimizing for presence, a world of calamity awaits those who don’t test amongst a variety of people of different heights, gender, arms lengths, Hand size, IPD, mobility, visual acuity and Sim Sensitivity.

Not to get too far into the future, but after Gunheart, what’s next for Drifter Entertainment?

Brian: Sleep… But then after that? We’ll be getting busy continuing to support Gunheart, pushing it to even more platforms so more players can get together, and respond to the needs and passions of the community just like we have since we started.

Ray: It’s a brave new world out there! There are lots of additions we’d love to bring to Gunheart and we’re also always experimenting with new game ideas. I can’t wait to see what new technologies and platforms become viable over the next year that we can sink our teeth into with our future games.

Assassin’s Creed Valhalla Captures the Essence of the Dark Ages
Next EA Play 2018 Press Conference Underwhelms, Was Cringy But Featured a Couple of Gems
Previous New Racing Titles from Milestone Revved Up on New Engine