Finding the Light: Destiny 2 from the Fresh Perspective of a First Timer

How Does Destiny 2 Feel to a Newcomer to the Series?

Much like Dominus Ghaul, I am new to the Light. As my roommate’s birthday approached it was clear all he wanted was to play Destiny 2. Out of some inexplicable bias, I had never given Destiny a chance. I had seen videos, but it never felt like it was for me. That is until I bought the game for my roommate. As I watched him marathon through the campaign in utter delight I found myself asking questions, learning the HUD, observing closer than a casual eye might. It was then that I realized this was the kind of game I had been looking for; an FPS that prides itself on non-realism yet still has a mature overtone. A game that somehow combines quick combat, snapping off headshots, and some form of inexplicable space magic for each sub-class. I had heard the disappointment from long-time Bungie fans about the first game. I knew of their feelings of being let down, but I had never been a part of it. Coming into something as massive as Destiny 2 with fresh eyes, I found myself in a unique position amongst my Guardian friends; before me sat an entirely new experience, and given the comments from both sides whether or not Destiny 2 was any good, I could not resist diving in to see for myself.

First and foremost, Bungie created an absolutely gorgeous game. I found myself stopping at scenic points to take it in and enjoy the thunderous and all-too-perfect soundtrack for the game. Right off the bat, the stakes were high with the invasion of the Red Legion, and the somber music that accompanied the Guardian’s realization of the fall of the Tower was one of the most captivating scenes of video game history in recent memory for me. We already know about the atmosphere and tone of Destiny 2, but what did I find in this game that made me continually give up sleep to keep grinding in a way I hadn’t done since my high school days?

“Public Events draw everyone together to take on the enemy in such a way it’s like spontaneously breaking out into song: everyone falls into place for the greater good.”

Beyond the story, Destiny 2 applies a trail of breadcrumbs in the form of loot that begged me to keep playing. While other games have heavy interactions with shopkeepers or taking on bosses, Destiny 2 knows how to keep my interest by consistently – but not too often – dropping slightly better and better loot the more I play. Each time I find one I have to thoroughly inspect it; Is this armor better? Is this gun the kind I like? Could I use this to upgrade my gear? I understand the gripe people had with grinding, and I concede that yes this a grind, but it’s handled in such a way that I don’t feel like I’ve played for three hours and only received one reward for my efforts, not to mention there is so much to do that I don’t find myself repeating the same thing over and over. 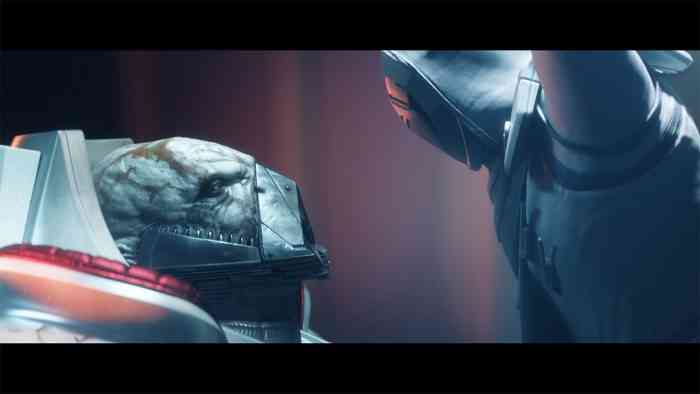 While the story – which I’m told felt absent in the first game – is compelling and interesting, it’s intentionally kept short to get to the best part of the game; doing whatever you want. I’ve never been a fan of MMO style games but Destiny 2 is single-handedly changing my opinion, based on my own experiences with the online community. Public Events draw everyone together to take on the enemy in such a way it’s like spontaneously breaking out into song… everyone falls into place for the greater good.

“Destiny 2 is a game where I can blow off some steam by using over the top lethal weapons against hordes of my enemies, and feel like a total badass doing it.”

Of course, what good is a game without customization? While I can’t say I have firsthand experience with the first game’s shader system, people are quite upset about the consumable shaders. Personally, I don’t see it as a problem as I get shaders constantly and I only color gear I really want to hold onto. I suppose it feels like losing something from the past but as a new player, it means very little to me. Destiny’s highlight for me is the weapons. The glorious, glorious weapons. Late game gear is often paired up with some phenomenal abilities to make each load-out unique and incredibly fun. Destiny 2 is a game where I can blow off some steam by using over the top lethal weapons against hordes of my enemies and feel like a total badass doing it. Add to that the handful of open worlds to explore at any given time, and the fact that each world is positively teeming with things to do, the action never really stops and it perfectly reflects the fight or die attitude of the Guardians.

I have logged who-knows-how-many hours on Destiny 2 already. I was so enthralled with the EDZ that I didn’t even leave for Titan until I was level 15. I excel at being a Hunter and I know that – should I ever feel tired of my badass Exo – I have the option of creating two more characters and adding an unbelievable amount of replay value to the game. 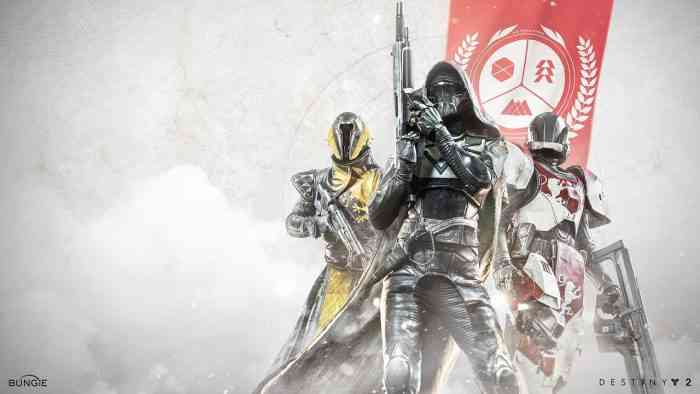 The first Destiny was passed over for its lack of story and reliance on the grind. My more experienced friends tell me that Destiny 2 is already far better than the original game with all of its DLC combined. I find myself regretting having missed out on the tales of the Vanguard, but I count myself lucky that my first hands-on introduction to the game starts with Destiny 2. So many people tell me they won’t give Destiny 2 a chance because of the first game and that would be an incredible mistake. As I sit here writing this all I can think about is jumping back into the EDZ to go loot hunting, just to bring that power level up a little bit more…

Speaking only of Destiny 2, this is a game that is user-friendly, rewards its players, and offers gorgeous graphics. The multiplayer aspect is handled top notch, and any fan of FPS games would have a blast jumping into the Light. Anyone who feels burned by the first game should consider Destiny 2 to be Bungie’s very large and expensive looking apology.

Valorant Hits 14M Active Monthly Players And Officially Heading to Mobile
Next The Good, The Bad and The Most Terrifying Ghosts in Video Games
Previous Top 10 Xbox One Games Arriving This Fall and Holiday Season