Each pistol in Call of Duty Black Ops: Cold War brings something to the table, but the 1911 is easily the middle of the road choice. If you’re looking for power, the Magnum is the best choice, while the fire rate of the Diamatti is the highest of any of the pistols. The 1911 isn’t great off the bat but when it’s upgraded with the muzzle break .45 APC combined with the 6.53’ paratrooper barrel to maximize the range of the weapon and expand its capabilities. The steady aim laser is essential for getting easy close-range kills, while the Mike Force rear grip rounds out the mobility aspect of the 1911. Finally, just like most of the weapons on this list, you’ll want a bigger magazine as soon as it’s available. Tracker and Ghost are essential perks for this powerful pistol, but the first perk slot is take or leave, with Tactical Mask being the best choice of the four. The Field Mic is an essential tool to work into every one of these loadouts, while the Proximity Mine is a close second as far as field upgrades go.

Not to be confused with someone who munches and vegges out on the couch, the Stoner 63 is a beast of a weapon in Call of Duty Black Ops: Cold War when it’s optimized with certain attachments. Similar to other weapons on the list, this weapon is an early unlock, allowing gamers to start progressing through the weapon levels at an early stage in the multiplayer. The steady aim laser is an essential early unlock which won’t be replaced until you unlock the SWAT 5MW laser sight. The Patrol grip will help with what little kickback this LMG has, making it one of the most stable light machineguns in the game. Finally, the Salvo 125 round fast magazine is essential for maximizing bullet in the magazine and minimize time spent reloading.

There are only two shotguns to choose between in Call of Duty Black Ops: Cold War at launch: the Hauerr 77 pump-action and the Gallo SA12. While the Hauerr 77 provides better power and is the overall better choice at higher levels, the Gallo SA12 is a lot easier to level due to the combination of its fast fire rate and magazine capacity. The Gallo SA12 works best with an Agency choke to improve the hip fire of the weapon and a 24.6” Ranger barrel for maximum range. The SWAT 5MW laser sight further improves the hip fire, while the Stanag 12 round tube is essential for keeping the kills rolling. 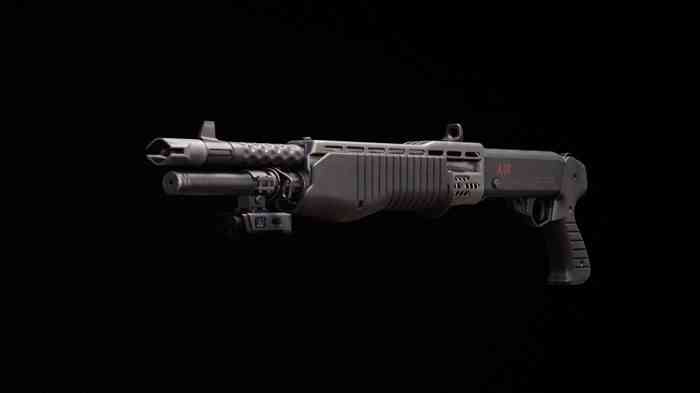 Similar to the Stoner 63 light machinegun, the Pelington 703 sniper rifle is the first sniper rifle available to Call of Duty Black Ops: Cold War gamers, but that doesn’t stop it from being the deadliest. It’s common to see this sniper rifle in a game, and almost as common to be quickscoped by one in a lobby. I’ve seen a handful of people destroy with the LW3-Tundra sniper rifle, but the Pelington 703 takes the cake. The AN/PVS-4 Thermal scope makes this sniper rifle a true threat on any battlefield, but since it unlocks at level 55, the Royal & Kross 4x and Vulture Custom Zoom are great alternatives. You definitely don’t want to snooze on the 7 round magazine due to the aim-down-sight speed. Finally, utilize the Task Force rear grip to ensure the sniper rifle is easily at the ready.