A Conversation with Smash Bros Legend MKLeo: Before & After Genesis 8

Taking on the Best

A flurry of back-airs and neutral attacks cause both competitors to tip the scales back-and-forth between victory and defeat. Both Mexico’s MKLeo, the best Super Smash Brothers Ultimate player in the world, and his competitor and friend France’s Glutonny had battled their way to the Grand Finals of Genesis 8. Now, it was MKLeo’s Byleth in peak form, against Glutonny’s Wario. And Leo was one stock away from taking the tournament. After blocking one of Glutonny’s dash attacks, MKLeo would make the win a reality.

Genesis 8 marks MKLeo’s fourth Genesis win. For those who are unaware Genesis is one of the largest, and most prestigious, Super Smash Brother’s tournaments. Alongside EVO, it is up there in scale and recognition. Of course MKLeo, as Smash Ultimate’s best player, came to win. The tournament saw him defeat incredible players such as, Faze Clan’s newest recruit, Sparg0 and the Fox legend Light. Of course, Glutonny himself falls under this category as some of the best in the world. Yet, MKLeo proved to himself and the Smash community all over the world once again why he is the best of the best. 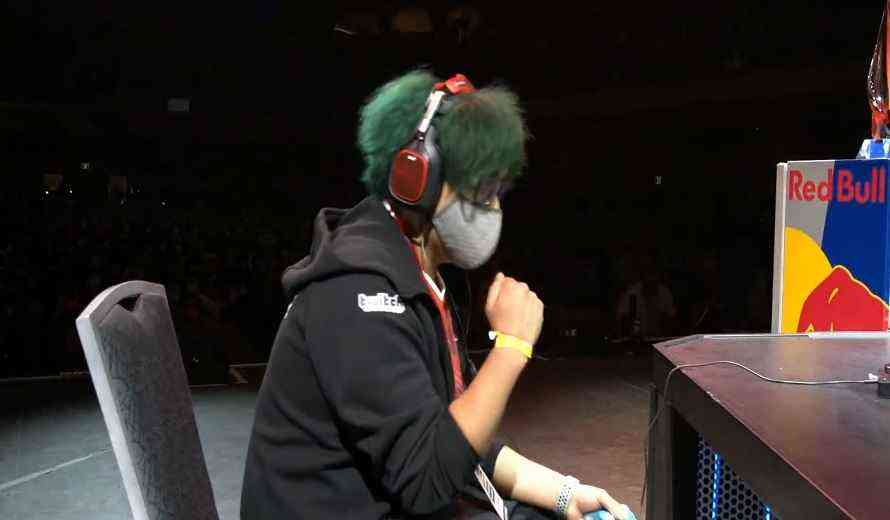 I was lucky enough to ask MKLeo some questions for COGconnected before, and after, his victory at Genesis 8. We discussed his mindset, attitudes, and feelings towards his position at the top of the game. We also talked about his feelings heading into Genesis 8 and how he felt about his competitors. Of course, the best in the world exudes confidence. It comes with the job. While currently holding the most Super Smash Brothers Ultimate tournament wins, it’s not really surprising that Leo’s responses never veer from that self-confident train of thought.

Heading into Genesis 8 Leo had something to prove. It was the biggest tourney following quarantine and was a chance for him to face off with, and defeat, some of his best competition. Despite the fact that players like Glutonny and Sparg0 were just as hungry, Leo was not feeling the pressure. In fact, his mental game simply appeared unshakeable.

“There are a few players I still haven’t played yet,” Says MKLeo in an email interview, “I feel like I got better since the last time I went to a major before Genesis so I’m not particularly scared of anyone.”

Of course, this makes sense. MKLeo has proven that his calm demeanour is far from just talk. Statistically, he has the most recorded comebacks of any Super Smash Bros. Ultimate player ever, with over a 50% chance of him reversing a losing best of five. In fact, the regularity with which he pulls off these comebacks gave rise to another moniker of his: the legend of Game 4 Leo. 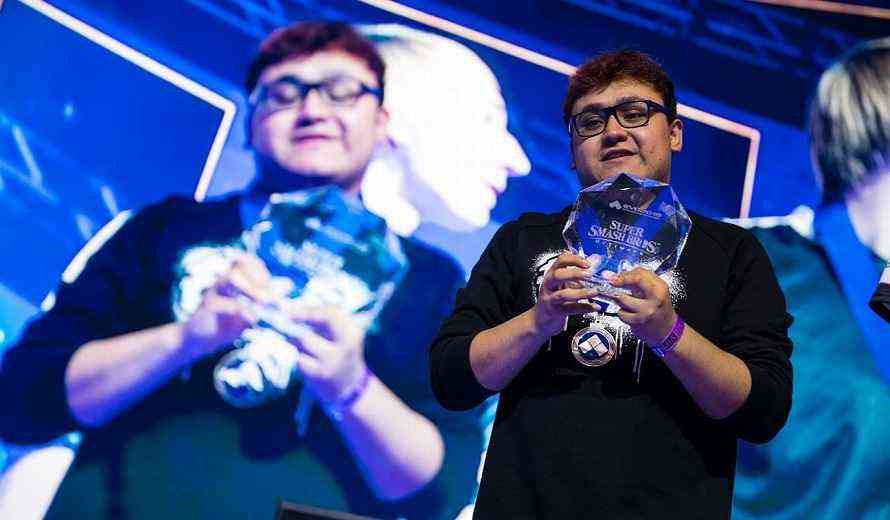 Discussing this attitude and mindset Leo unveiled how he approaches the game when he’s behind. It’s more than just remaining calm. It’s as if Leo’s gameplay just shifts into overdrive. Anyone who was unfamiliar with Game 4 Leo, became well aware after EVO 2019. The tournament where MKLeo reverse 3-0’d Tweek, another one of the top players in the world, snatching an amazing victory from the jaws of defeat. For many, this victory only furthered Leo’s title as best in the world. A force of nature. He would bring this same mentality to Genesis 8.

“I have this mentality of saying what’s the purpose of bo5 (best of five) sets and 3stocks games if you are going to give up when you are down 2-0.” Said Leo.

It’s this mentality that seems to allow Leo to pick apart his opponents and turn the tables on them. Using his iconic character selections, Leo went on to pick apart even his fiercest competition at Genesis 8.

Failnaught: The Ballad of Byleth

Before starting his Genesis 8 journey MKLeo made an Instagram post showing off new dyed green hair. Of course, the hair color is very reminiscent of his main character, and his Genesis 8 winning character, Byleth. With long-range melee attacks and a very strong and fast neutral air, it’s a wonder that early analysis of the character describes them as mediocre at best. Watching Leo play the Fire Emblem warrior, makes many beg to differ. 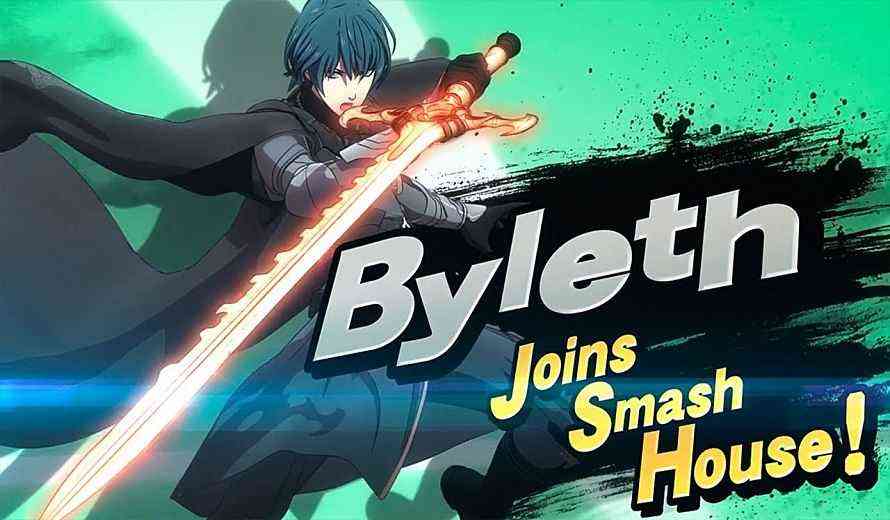 Leo uses Byleth’s neutral game as oppressively as possible, conditioning shields and comboing the neutral-air with an up-air that often leads to taking a stock. However, he always manages to show off the extent of Byleth’s mechanics and did so again at the Genesis 8 finals. From mixing up Glutonny’s attack options, to ripping him from a safe recovery with Byleth’s tether. Despite some players opinions on Byleth Leo has his own thoughts.

“I consider Byleth and Corrin to be very good, high tier at worst.” Says Leo when asked about his main. “I just feel like playing swords and the characters I feel like could be good.”

His attitude towards character selection is similar to what led to his Joker pick being such a fearsome adversary in previous tournaments. Leo simply doesn’t allow others fears or opinions to influence his playstyle or character selection. In fact, his confidence in his own picks, as well as his enjoyment, appears to be all he puts into consideration when learning a character.

Leo says, “I don’t really think about how my mental affects my character choices; I just go with what I feel like playing…I came to Genesis with a very good mentality, I knew I could win so I just had to play well.”

Play well he did. Showing off once again the power he holds when using Byleth. His neutral-air, Failnaught, spinning about him in a whirlwind. Proving his Byleth to be mostly untouchable at Genesis 8. Fail not indeed.

Winning and Losing: From Genesis 8 to Pound 2022

Though MKLeo has placed himself, once again, at the top of the Smash Ultimate mountain, it seems it was time for Glutonny to take a win for himself. Days after Genesis 8, and Leo’s victory over Glutonny, the two friends met once again in the finals of Pound 2022. Kicking off the Smash World Tour, Pound is a platinum level event for Smash players, and is the oldest running Smash major.

After a hard fought, and very close, battle. Glutonny was able to finally secure a win over Leo. A rematch with Glutonny once again playing Wario and MKLeo again as Byleth. The two players both celebrated Gluttony’s win, embracing, with the Genesis 8 runner up basking in the pride of his win. 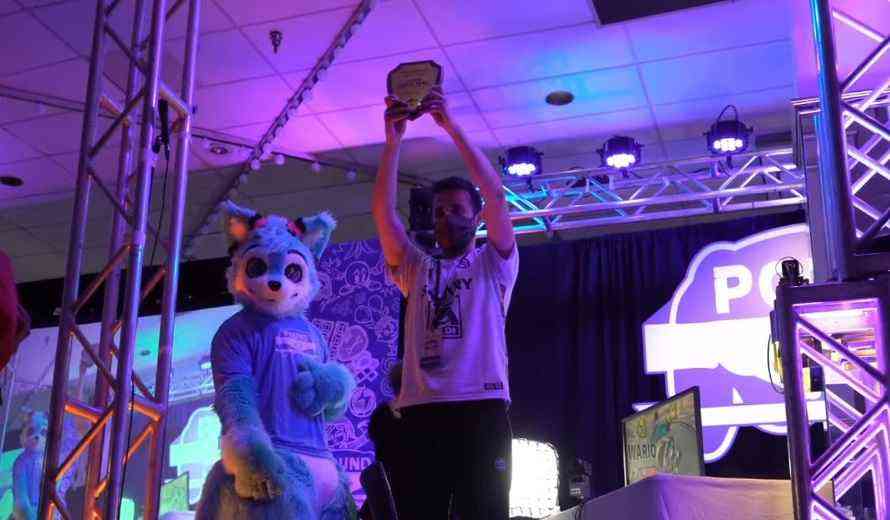 This win, of course, marks Glutonny’s first and only major win over MKLeo. It has been a long time coming for the French player, and, according to Leo, it was very good to see.

The Best in the World

Of course with Smash World Tour underway, MKLeo will have many more chances to continue to show the world exactly why he is the best. As he continues on his journey fans are sure to see MKLeo continue to face off against fierce competition with an unshakeable resolve. Because for Leo there has never been any doubt.

“I feel like everything I’ve done with this game makes me feel like the best in the world.” He says, ” Ever since I won my first tourney, won Evo, and won genesis, all of that makes me the best.”

Four Genesis wins are under MKLeo’s belt. Now, he sets his sights on the next event coming up for him on the World Tour. As he continues his journey he has only one request from Smash fans all over the world: “Please keep watching and playing Smash.” 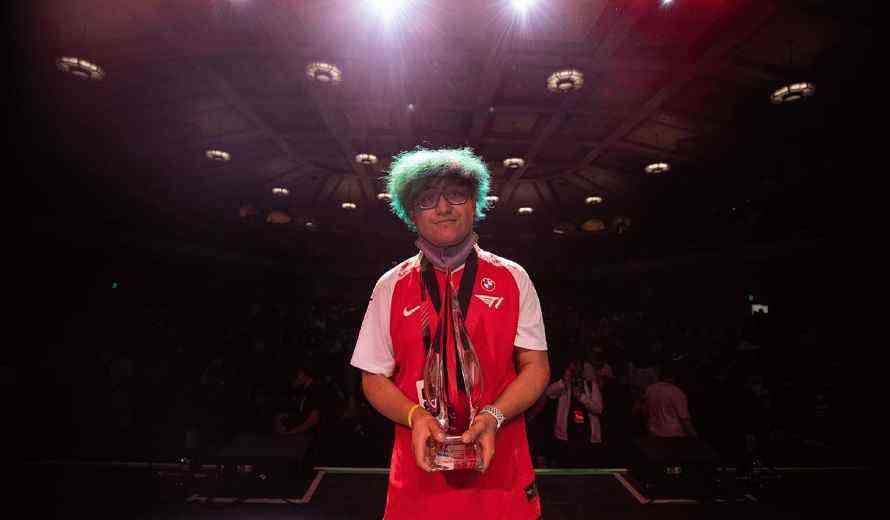 
MultiVersus Pops Off, Beta Launch is an Incredible Success

The Verdict is in: Patrick Star Kinda Sucks in Nickelodeon All-Star Brawl
Next 5 Fun Elden Ring Builds To Take On Any Boss
Previous 5 Things I Love About the Steam Deck