The scope of glorious Greece nears a point of absurdity in Assassin’s Creed Odyssey, but thankfully there’s a ridiculous amount of things to do there; many things I’ve grown to thoroughly enjoy over the course of my first 20 hours. Actually, I’ll go ahead and admit that I’m having an absolute blast with several of Odyssey’s features; and this is coming from a chap who only played about 25% of Origins. With some new and others refined, I’ve found myself smiling, cheering, and squirming in the best ways at eight particular features in Ubisoft’s latest open world ARPG.

I reflect on the ol’ hidden blade with as much love and jubilee as any other longtime fan of the franchise, but I imagine I’m not the first to admit that its assassination animations grew stale after several games. The age of poking hooligans in the spleen is over. The time of Leonidas’s spear has come, and by golly, these assassination animations are so BRUTAL. From impaling guys in the head and snapping their necks to flipping them over and stabbing them in the spine, these kills are bloody satisfying. However, there’s one aspect we need to address. What the hell is with all the nut punching?! At first, I believed it to be some sort of violent fetish or ancient Greek humiliation tactic; but then I considered the fact that Alexios and Cassandra both share the same animations. As a lady, it makes total sense to go for the nads. Warriors always attack their enemy’s weak spots. But we men have a strict unspoken code of honor that prohibits such a heinous act. Sure, pierce a guy through the cranium with a spear, but repeatedly whipping him in the jewels is CROSSING THE LINE. 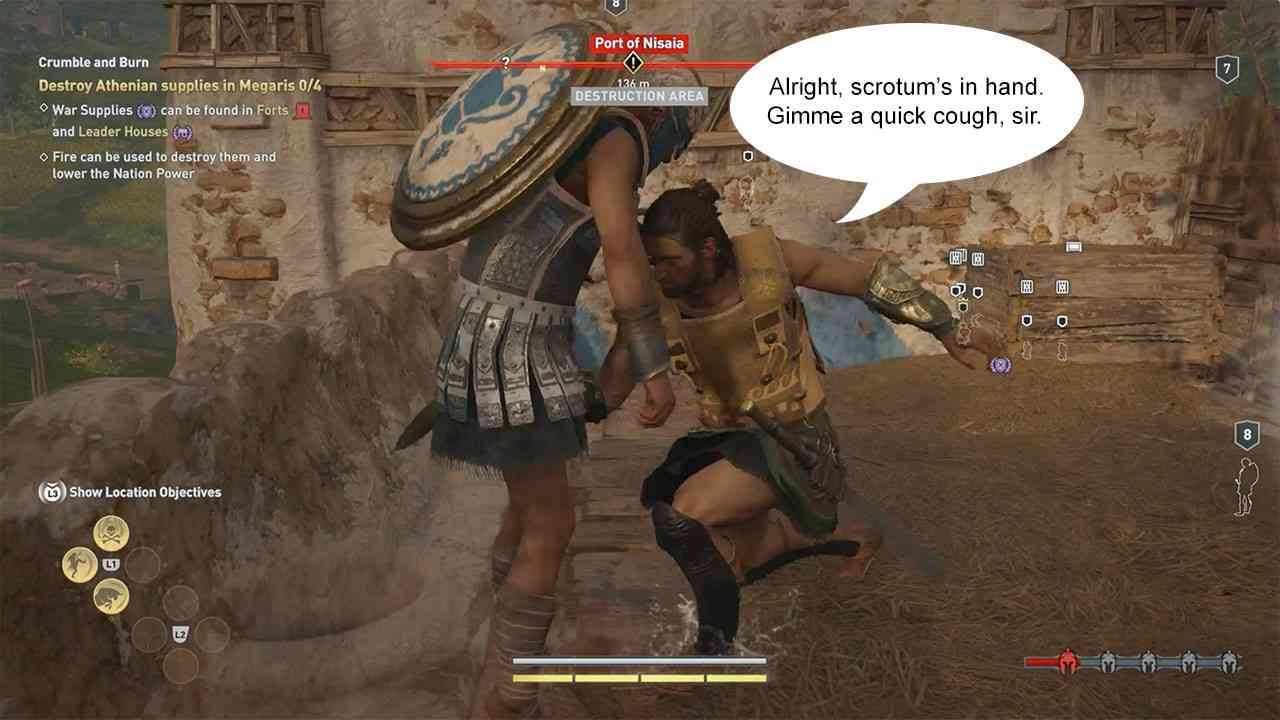 Speaking of savagely killing things, Odyssey features some great abilities that cater to all playstyles. There are too many to cover in all, but a few of my favorites include the infamous Sparta Kick, Devasting Shot, and Rush Assassination. The Sparta Kick speaks for itself. Having the option to roleplay as Gerard Butler’s Leonidas as often as you please is both incredibly fun and absolutely hilarious. From launching bears off of cliffs to kicking enemies into the depths of the sea, it never gets old. Being a bow fanatic, Devastating Shot is consistently beneficial while I’m sneaking about, as its 290% damage percentage unequivocally lives up to the name. Not to mention it’s doubled by a fully charged shot. By now you may have concluded I cater to stealth, and Rush Assassination enables you to quickly deal 100% assassin damage up close and follow it up with chained assassinations. It’s fast, quiet, and looks badass. 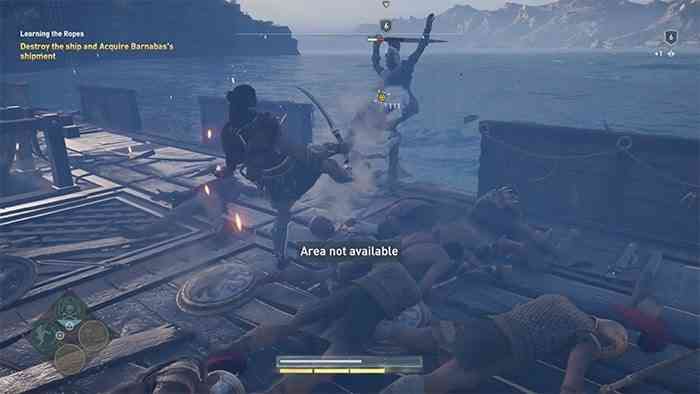 I fondly admired a multitude of Bayek’s outfits in Origins but was disappointed by their lack of attributes as opposed to his weaponry. I was also let down by the inability to mix and match pieces of gear such as head, torso, arms, and more. In Odyssey, my concerns are entirely addressed. You can combine a plethora of armor with varying attributes that feed further into developing your Assassin, Hunter, and Warrior skill trees. Whether you’re building a character focused on a single playstyle or balancing all three, your gear, weapons, and selected skills work in unison to establish your goal. 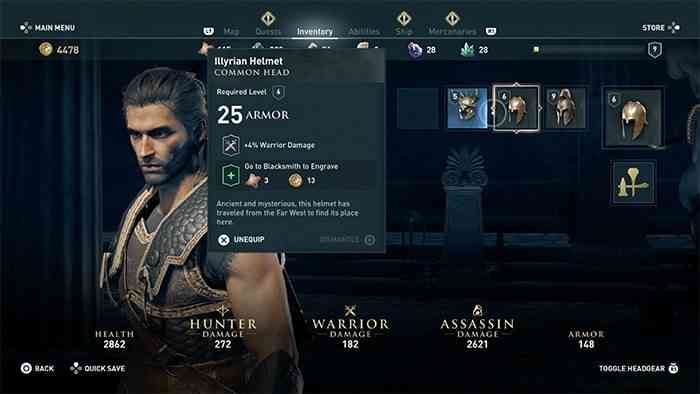 As mentioned in our review, Ubisoft took a page out of Shadow of Mordor’s book with the implementation of mercenaries. These challenging foes come equipped with their own unique titles, abilities, and levels of difficulty. Throughout the game, your bounty level will shift based on your actions. Unless you pay or kill the bounty collector, these mercenaries will hunt you to the ends of the earth alone or in groups with no remorse. In my experience, I’ve faced off with one wielding firebombs and arrows and another with a vicious pet lion. Mercenary encounters ultimately serve as miniature boss battles, and successfully overcoming them rewards you with high-level weapons and gear. 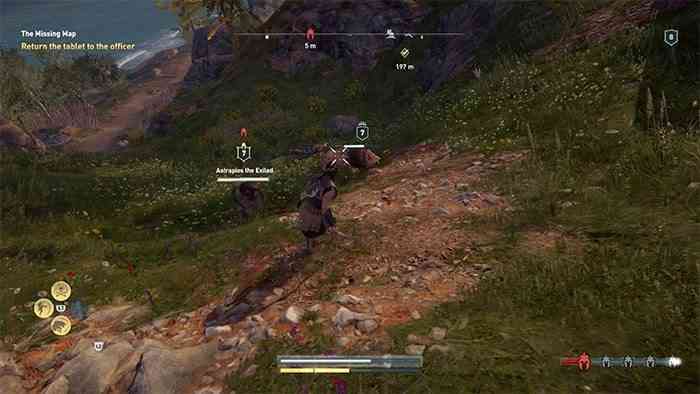