Codemasters GRID is Tearing Up Tracks

For the past several years, E3 hasn’t exactly been loaded with racing games. Aside from the Forza series, it’s been rather barren for racers. Sure, we’ve had the odd arcade kart games at the show and but generally speaking Forza seems to suck all the attention. This year, Forza took a bit of a backseat by releasing a Lego Forza Horizon 4 expansion. Sure, its tons of fun to play but it’s really just more Forza. This year; however, Codemasters showed up at E3 with a couple of rock solid racing games, F1 2019 and GRID. The GRID reboot is shaping into something special. While at E3, we sat behind the wheel of GRID and took it for a spin. While there are many things we are excited about, we narrowed it down to 5:

Sure, the cars in GRID drive and control just as you would expect. There is a reaction for every action. Drive aggressively and you can expect to end up in the ditch. That is all predictably predictable, but the races themselves are tense and anything but predictable. The AI racers act like human racers. As a result, the AI doesn’t always do what you expect them to do and it’s fantastic. GRID uses a system where there are hundreds of AI driving personalities, each with varying driving skills. The result is races that feel authentic and incredibly intense.

Just like racing against humans, it’s easy to start a beef on the track. Bump into someone a little too much or hit them while trying to pass, and racers lose their shit. It’s a natural reaction. GRID is no different. While fighting for your position, AI drivers are wired in such a way where they can hold a grudge. If you smash into someone, they can become your “rival” and will look to f&ck you up! Sure, it can be annoying, but it forces you to become a better driver, carefully navigating passes and watching your spacing. The rival system makes GRID feel fresh, and unlike many other racers I have come across over the years. 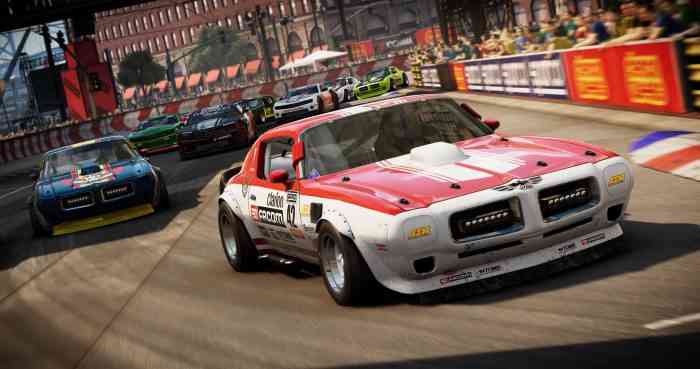 I Feel The Need

You don’t quite get that unforgiving experience that you would find in other sim racers. In fact, GRID has a more arcade feel. But not so arcadey where you feel like skill does not matter. I found the vehicles felt great and controlled exactly as I expected. I was able to pick-up and compete right from the get-go. Minor mistakes didn’t cost me a race. Now, I recognize I was likely playing on a lower difficulty, but regardless, the cars felt great and that sense of speed felt spot-on.

We have yet to see a GRID game on a current gen console, so compared to the previous entries in the franchise, this GRID reboot is stunning. Everything from the tracks, cars, environments and shadow effects, GRID is a great looking game. Granted, the build I played wasn’t quite on par with some of the other heavyweight racing games in the industry but still looks brilliant.

Can You Hear The Drums, Fernando?

Codemasters worked with one of the best drivers in the world, Fernando Alonso, in the creation of GRID. He had a say when it came to the performance and handling of the cars. Fernando was hired as a race consultant, which is great, but he also appears in-game. In the game, players enter a series of events versus some of Fernando’s Esports driving team FA Racing. You’ll race across multiple classes before an eventual showdown with Alonso and his Renault R26 car.

GRID arrives on September 13th 2019 on PlayStation 4 and the Xbox One.