The Astro A50’s Are Expensive But Awesome

There is no denying, Astro has been recognized as the top dogs in the gaming headset market for some time now. You’ll see the Astro A40’s widely used by the eSports community and you’ll see Astro cans at major video game tournaments around the world. You won’t; however, typically see the A50’s at events given the fact they are wireless and the eSports community simply doesn’t trust wireless headsets for big tourneys. Regardless, the Astro A50’s in my view are the Rolls Royce of gaming headsets. These wireless 7.1 surround sound headphones are badass and deliver a superb audio gaming experience.

In the interest of full disclose, I’ve owned a set of A50’s for several years. My old set is one of the original models and I’ve used it on my Xbox One since launch. They have been rock solid and continue to sound fantastic. So I do consider myself a fan; however, my old set has many annoyances and the charge life has been downright awful in recent years. So it was time to upgrade and thankfully Astro was generous to supply COGconnected with a new unit. One thing is for certain, I sure wished I upgraded my A50’s a long time ago.

The new A50’s look very similar to my old ones but this version features a wireless base station, low-latency 5GHz tech, Dolby Headphone 7.1 Surround, a built-in MixAmp, Command Center software, Mod Kit upgradeability and much more. These A50’s are better in every way and no longer am I messing around with any cables or wires whatsoever. So without further delay, here are five reasons why I believe the Astro A50’s are the premium must-have gaming headset for your Xbox One.

The Astro A50’s have always had kickass sound. So I went in not expecting much of a change compared to older models but remarkably enough, I do notice improvements in the sound department. You can hear everything in the game with pinpoint accuracy and this is especially noticeable in multiplayer shooters. I played both Black Ops 4 and Fornite’s battle royale modes. I could hear every little footstep and gunshot in the distance crystal clear. The stunning 7.1 channel surround sound provides for an immersive gaming experience. You can hear distinct sounds with the A50’s from the front, center and rear speakers. All with incredible accuracy as each sound was exactly where it was supposed to be with crystal clear audio clarity. I will be honest, it is hard to go back to any other headsets after wearing these.

The A50’s have been engineered for extended gaming sessions. So they are not only comfortable, but also durable, lightweight, and adjustable. Even after hours on my head, they never felt super heavy or uncomfortable. My ears could breathe and I never felt the desire to rip them off my head because they are too hot. The headset is adjustable, so even if you find them a tad uncomfortable at the start, you’ll be able to adjust them just right. I should mention they do fit a bit snugger than my older model but I don’t mind this. When wearing the headset and bending over to swap a game out of the console, I never have to worry about them falling off, like with my older A50’s. 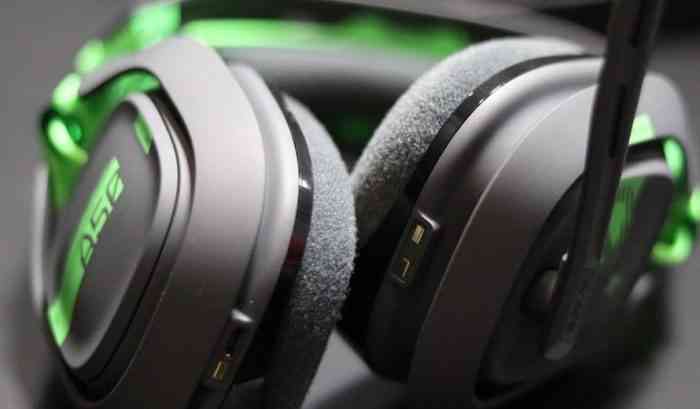 Completely Wireless This Time, For Real

The previous A50’s were advertised as wireless. Well, that isn’t exactly the case. Yes, the headset itself is wireless but if you wanted to chat, you had to plug in a cord. Also, there were cords running from the charge base to the console. So they weren’t exactly “wireless”, like at all. These new A50’s are truly wireless. There is no catch this time around. You no longer need the chat cable. Instead, wireless signals are sent over a 5 GHz band. Essentially all the sound is produced via the charge station (which is plugged into your Xbox One) but bottom line, you’ll never have to tangle or fiddle with wires ever again.

Click PAGE 2 for the remaining reasons why the A50’s are amazing.