Can you believe the Nintendo Wii has been around for nearly 10 years? Ok, well it’s not quite 10 yet but it’s only a year away! One of the most innovative consoles ever made, there were a host of amazing games available that really put the Wii in the spotlight. We know a ton of you still have a Wii at home, we know a ton of you now have kids too. Well, why don’t you wipe the dust off that puppy and introduce them to some great family friendly games? As one of Nintendo’s biggest selling consoles to date (and the Wii U still doing quite well!) its family-friendly appeal has made it a staple of living room entertainment for many families across the world. This universal popularity owes a lot to the console’s interactive motion sensor controls which help players immerse themselves into the on-screen action. And with WiiWare you can now download bite-sized games that you can enjoy on the console. As we approach the Wii’s 10th Birthday year, let’s take a look at some of the classic hits that all the family can enjoy.

The long-running Mario Kart franchise has been entertaining generations since its first appearance from way back in 1992 and is now on its 8th installment. Since then it has evolved ten-fold into a frantically thrilling and addictive game you can enjoy with all the family and now even online with players from all over the world. Mario Kart Wii bought with it 16 new tracks as well as reinventing 16 classics too and introducing us to a whole host of new characters, vehicles and surprises along the way. 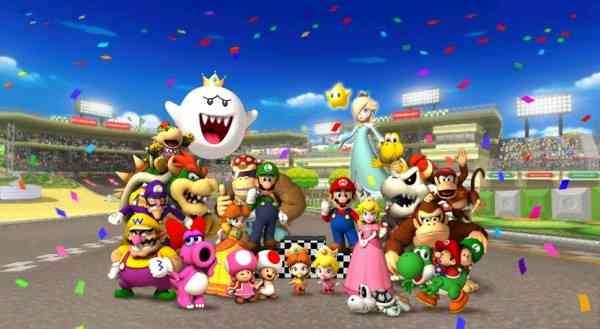 When the Wii was first released the most exciting aspect was of course the arrival of its new special motion controllers which allowed you to use its motion sensor to play and enjoy games more physically than ever. You could now stand in your living room swinging your arms as if you were playing tennis or throw a virtual bowling ball down an alley. The original Wii Sports release offered 5 various games that showcased the sensors capabilities which included tennis, baseball, bowling, golf, and boxing as well as other various fitness and training modes.

Board games are always a popular choice for a fun-filled evening in with the family and the Hasbro Family Game Night for the Wii gives players the opportunity to try out a number of classic games all in one place. Hosted by Mr Potato Head you can pick the game you wish to play and enjoy it in the virtual world of a special selection of different themed game rooms. There are various modes to enjoy for playing with family or friends and you can pick from the following classics; Connect Four, Battleship, Yahtzee, Boggle, Sorry!, and Sorry! Sliders. 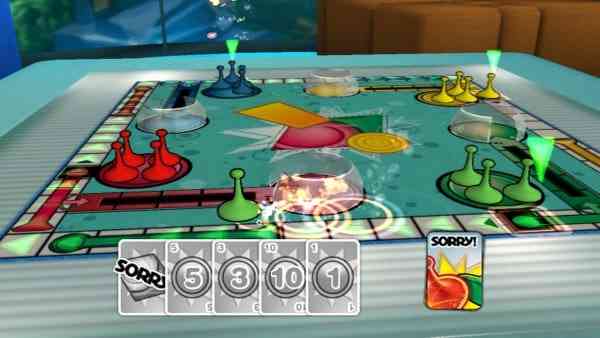 It’s the UK’s favourite number-based game and it’s been available on the Wii for a few years now. Bingo itself has undergone somewhat of a resurgence in recent times, owning mainly to the deluge of bingo games you can play on the web and Bingo Party delux won’t disappoint fans. Get Mom, Dad and Grandma all involved and chose one of the many game options available including 75, 90 and ‘Bingo Party mode’. The more you play, the more fun goodies you will be able to unlock and it’s great for Christmas, Easter or any other big family gathering.

When put in party mode this excellent and very addictive game is a must for a fun family evening’s entertainment. The game relies heavily on the Wii controller itself which makes it a particularly challenging gaming experience. There are no less than 50 mini-games that can be selected in party mode where players can accumulate points to win. And there are plenty of familiar mini-games that fans will have spotted from previous releases in the franchise.