It’s happy hour at all times when it comes to the clubs of the undead. Of course that means, they need a really good bouncer. Today Alchemy Sheep is happy to announce the release of their procedurally generated dungeon crawler, Necrobouncer. Out now on PC via Steam, the game introduces players to a whole new roguelike experience. A press release dives into details on the release of the game. Additionally, players can take a peek at the launch trailer to see the gameplay. 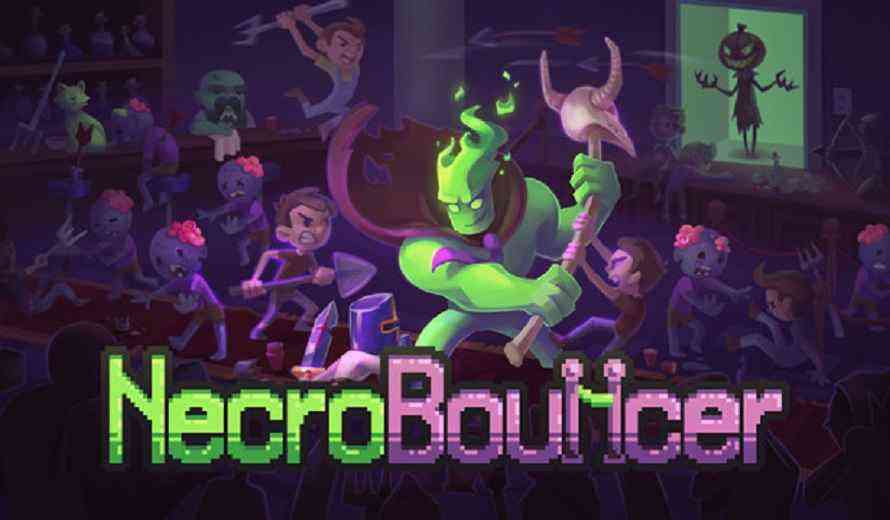 Necrobouncer introduces players to a necromancer who doubles as the bouncer of a dungeon nightclub. In an effort to survive the night, players will hack-and-slash through hordes of evil minions. Of course, the game features roguelike elements meaning their are a vast array of items to mix and match. In fact, there is a near infinite number of items to experiment with to fit any playstyle. NecroBouncer ensures each run of the game is different yet your inventory and abilities carry over upon death.

“‘I’ve recently come to learn that bouncers typically stand in front of clubs, so I guess NecroBouncer is an exception to the rule,” says Andraž Oražem, Founder of one-man Developer Alchemy Sheep.

Necrobouncer is out now on PC via Steam. Furthermore, players can also check out a free prologue to get a first look with the game. So, are you ready to become the best bouncer around?