Skybound Games and Mega Cat Studios unveiled Wrestlequest, their wrestling RPG game earlier this year. Following a showcase at the Steam Summer Games Fest 2022, players finally have a release date for the game! Today, the team unveiled, via a fresh trailer, that the game will be available on PC via Steam, Nintendo Switch, PlayStation 4, PlayStation 5, Xbox One and Xbox Series X/S in May 2023.

In the short release date trailer, viewers get a look at the game’s pixelated graphics, combat in gameplay and some of its unique features. The developers have described the game as follows, “TAG TEAM WITH DESTINY! Pro wrestling and RPG fantasy collide in the ultimate pixel powered adventure. “Macho Man” Randy Savage, Andre the Giant, and tons of other icons guide your way to glory beyond the ring. This hero’s journey ain’t just an epic quest, it’s WRESTLEQUEST!” 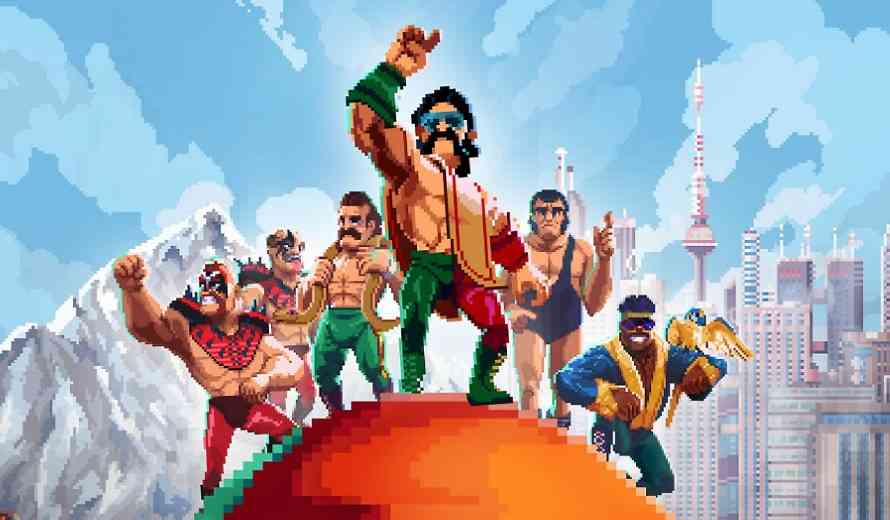 Additionally, players will create their own destiny as they take on a hero’s journey and go from an aspiring rookie to the top of the world. Along the way, players must utilize classic RPG tactics, wrestling moves and gimmicks. Furthermore, players can enjoy a different type of adventure out of the ring, mixed with wild realms, exotic monsters and action figures. Moreover, the game offers a ton of customization options for each athlete including moves, taunts, styles and the entrance theme. Wrestlequest has a ton of potential as an RPG that ties into a fun universe.

What are your thoughts on Wrestlequest? Did you check the game out during the Summer Game Fest? Are you interested in its release? What aspect of the game are you most interested in? Did you enjoy the release date trailer? Let us know in the comments below or on Twitter and Facebook.