Devolver Digital is a popular video game publisher that works with an array of developers to provide quality games. Recently, the company has been involved in the release of Cult of the Lamb, Weird West, Inscryption and Shadow Warrior 3. Today, the company has announced that Return To Monkey Island will be dropping its anchor and officially releasing on the PlayStation 5 and Xbox Series X/S. It will also be available on the Xbox Game Pass. Players can look forward to its release on November 8th, just a few days away!

In the game, players as the protagonist, Guybrush Threepwood, a hero, salesman and a pirate, must embark on a dangerous and unique adventure through the Caribbean. Along the way, players will uncover various secrets of the popular island and meet old friends and new characters along the way. Furthermore, players will fight against the evil LeChuck on the high seas, but there might just be another crew of Pirate Leaders in the area. 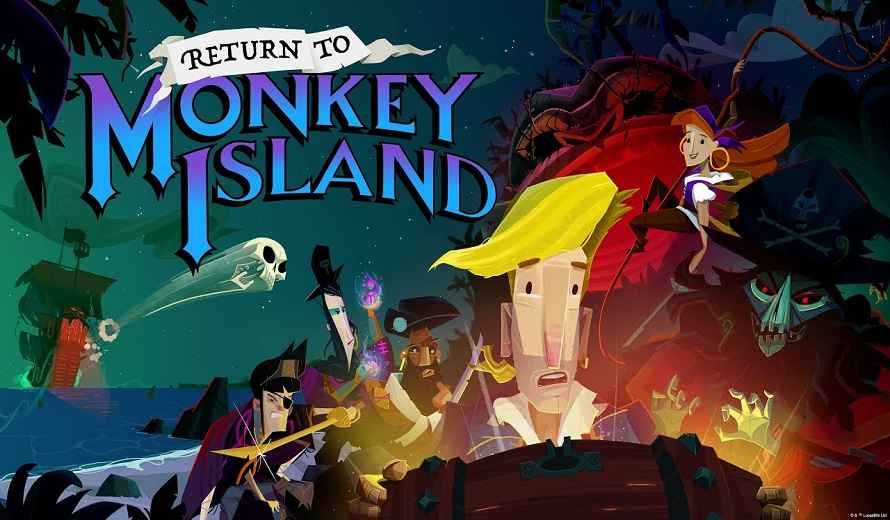 Additionally, in Return To Monkey Island’s latest trailer, players get a cool, fresh look at the game ahead of its release on next-gen consoles. Moreover, the game offers a ton of cool features such as modern-day point and click gaming, complex interactions and dialogue and a simple inventory system. Also, players will be able to create a legendary crew as they navigate the high seas.

What are your thoughts on Devolver Digital? Are you a fan of their games? What do you think about Return To Monkey Island? Did you try the game yet on Steam? Are you interested in its release on PlayStation 5 and Xbox Series X/S? What aspect of the game are you most excited for? Let us know in the comments below or on Twitter and Facebook.