Project: Playtime Gets a Release Date and Cinematic Trailer

A lot of horror games begin their series as a single player game. To mix it up, they sometimes go in a multiplayer direction. Outlast and Resident Evil are prime examples. Next month, Poppy Playtime will also be going this route with the multiplayer spin-off Project: Playtime.

Last week, Mob Games released a cinematic trailer for the game. We see several people in playfully hazmat-looking suits, all equipped with Grabpacks. After finding and being attacked by a handheld Huggy Wuggy, they are then attacked and chased by a huge Huggy Wuggy. 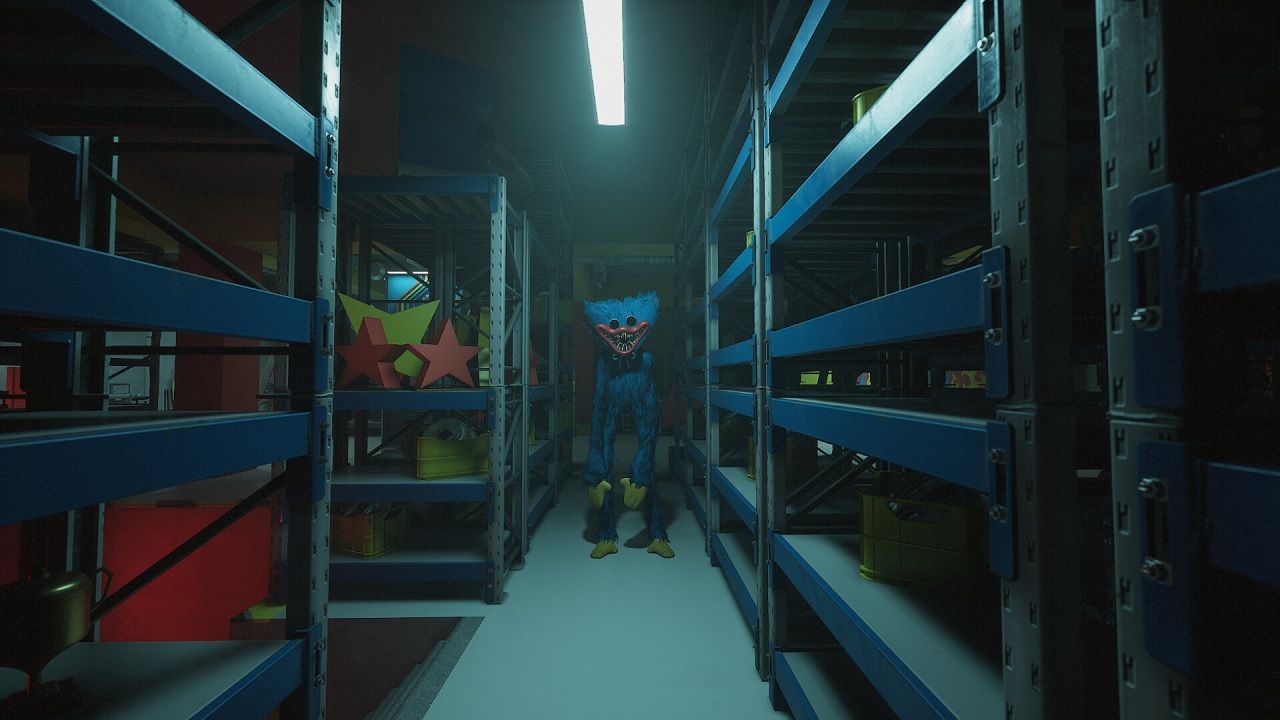 The group tries to escape and are picked off one by one by familiar creatures, like Mommy Long Legs from Chapter 2. When the last one think they’re safe, they meet the newest threat, Boxy Boo. This Jack-in-the-box of death opens up from all side with springy appendages and a box-cube head and pulls the last survivor into its box.

The cinematic trailer may not tell you what’s in store with Project: Playtime on the surface, but it shows more than you think. The goal of the game is for six players to find parts to make a giant toy. A seventh player controls one of the monsters; Huggy Wuggy, Mommy Long Legs, or Boxy Boo. The seventh hunts down and kills the six players.

Project: Playtime is an asymmetrical multiplayer game. According to the game’s Steam page, players will be able to customize their character with perks. Upgrades can be bought with Toy Tickets, which are an in-game currency. Mob Games notes that Toy Tickets cannot be purchased with microtransactions, however cosmetics can.

Will you be playing with friends? Let us know in the comments below.