Back in the Action

Johnny Turbo is back to wreak more havoc. Now, with even more classic violence. Today Apogee Entertainment announced that the second episode of their cyberpunk FPS, Turbo Overkill, is available now on Steam. This episode returns players to Johnny’s brutal crusade against the rogue A.I ruling the dystopian city of Paradise. A press release dives into the details on the second episode. Furthermore, a new trailer gives players a glimpse of what they can expect from this new episode. 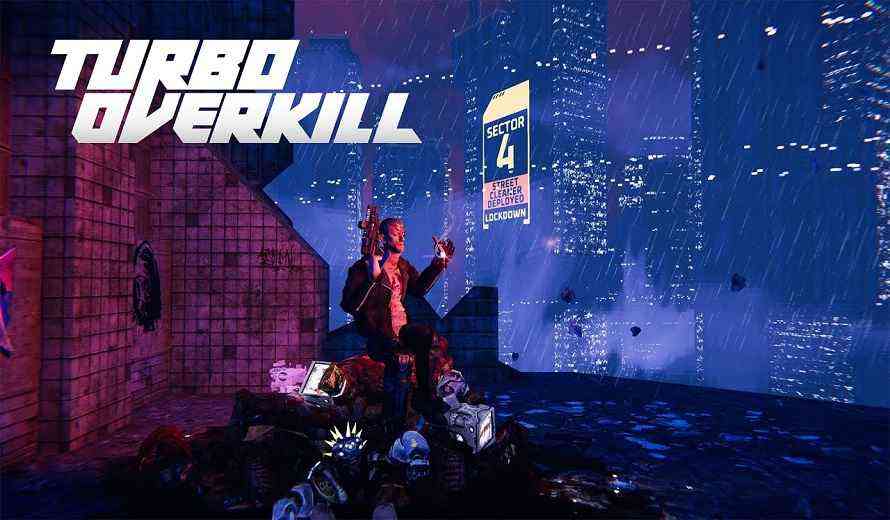 Turbo Overkill episode 2 brings back everyone’s favorite gun toting hero. This time he’s packing even more firepower. Follow his story as he continues on his quest to take down the tyrannical A.I Syn and his hordes. Across 8 new campaign levels, players can look forward to using not only three new weapons, but a chainsaw-motorcycle. Of course, some of these new weapons include the plasma gun, the ion blaster, and the telefragger: a sniper that teleports within foes to blow them apart.

Of course, players can get a good look at everything Johnny has to work with in the trailer for Episode 2. Everything from a new grapple hook to new upgrades from back alley vending machines. You can check out the trailer below.

Turbo Overkill episode 2 is available now on Steam. Currently, the game costs $19.95. The game will be available on consoles sometime in 2023. So, are you ready for more high velocity action in Paradise? Then lock and load with an arsenal of new weapons, and get to work.