We will have to go pretty far back for the beginning of this story. Grim Fandango was first released in 1998. The game is older than Gen Z gamers. Grim Fandango Remastered was released and the IP was acquired by Double Fine in 2015. Over the years since, it has been released on all modern platforms.

Present day: Grim Fandango Remastered is getting the Collector’s Edition treatment from Limited Run Games. If you are a hardcore fan of the game, you probably have this game on Steam or PS4. However, you might want to consider getting some memorabilia when it becomes available. 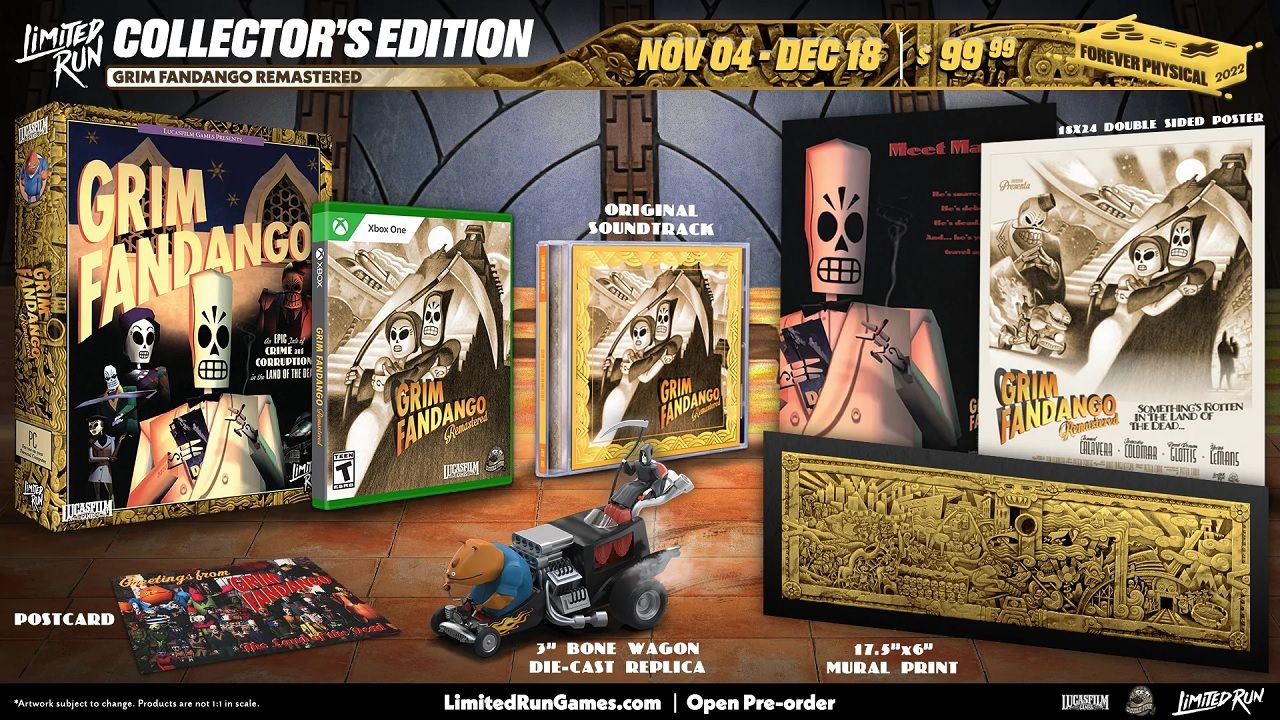 Grim Fandango Remastered Collector’s Edition can be purchased for PC, PS4, and Xbox One starting on November 3rd. It comes with a physical copy of the original soundtrack, a Grim Fandango Postcard, a 3″ Bone Wagon Cast-Die Replica, a double-sided 18″x24″ poster, and a 17.5″x6″ Mural. The PC version also comes with a piñata USB drive.

Something’s rotten in the land of the dead, and you’re being played for a sucker.

All items will be packaged in a neat collector’s box. Limited Run Games will also have standard copies for PS4 and Xbox One. Those will cost $35, while the Collector’s Editions costs $100. Both go on sale on November 3rd.

Will you be getting this Collector’s Edition? Let us know in the comments below.