Dragon Age: Dreadwolf devs recently shared some codex entries for the game. BioWare did this as part of their ongoing developer diaries for the franchise’s next fantasy RPG.

The first entry is a codex excerpt about the Necropolis from an unnamed character’s diary. It cites Nevarrra from Dragon Age: Inquisition and Brother Genitivi from Dragon Age Origins. However, its purpose is to set the scene for what Dragon Age: Dreadwolf players can expect from the upcoming title. 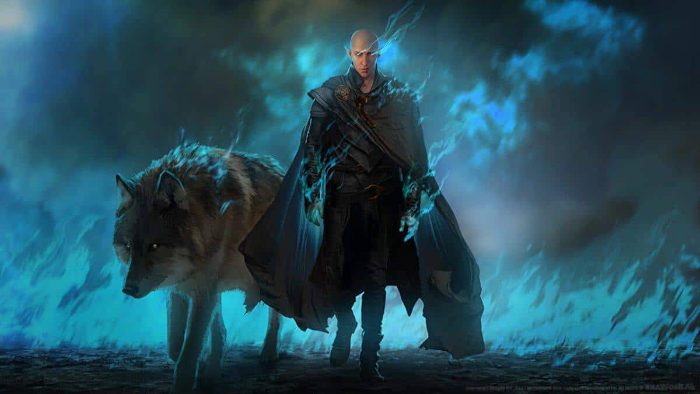 “Dragon Age: Dreadwolf has been a balance of providing answers to long-standing questions for veteran fans,” said Senior Writer Sylvia Feketekuty. “While making a game that new players or someone who only played Inquisition years ago can also get into.”

“We do not lock up our dead to pound fruitlessly against their coffins in the dark,” one codex entry read. “Our departed lie in peaceful state or even wander!”

“And in the event a malign spirit causes a disturbance,” the codex continued. “We do not simply throw them in a tomb and toss the key!”

The upcoming RPG is going to return to Thesdas. This is where fans of the franchise can run into familiar friends and places. Unfortunately, it would seem that Dragon Age: Dreadwolf fans have a bit longer to see more of the game. Thankfully, however, the codex entries should give them a bigger picture of what to expect from the game’s story line.

Dragon Age: Dreadwolf’s lore will be presented in-world through letters, books, and notes. Each of which are going to add layers to the game for anyone who wants them.

There is no official release date for the game just yet. However, alongside the new Mass Effect title, it has become clear that BioWare is returning to two pillar franchises that are loved by the gaming community.