Sportsbook and The World Cup: All You Need To Know

Soccer might not get across here as it does in Europe, but there’s no denying the World Cup will be a huge event.

Preparations have been underway for years, with Qatar building new stadiums for the event. Video gamers will soon have the EA Sports title FIFA to enjoy with World Cup DLC, and here in the United States, interest in soccer is likely to rise. Gregg Berhalter’s team confidently qualified from the CONCACAF process. Despite struggling in pre-tournament matches, they’re a team likely to emerge from Group B and trouble the latter stages. 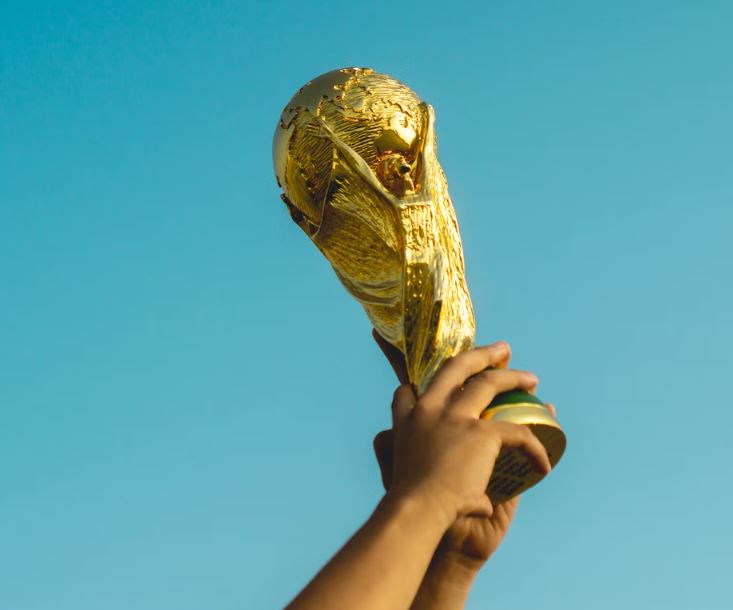 It might be a surprise to hear the USMNT have a richer history than most in the World Cup; DEF reveals they attended the first ever tournament, held in 1930, which many European teams refused to do. The success has been patchy since, and the team didn’t even qualify in 2018, a huge blow to US soccer but one from which the sport seems to have recovered.

This winter, you can cheer on Captain America Christian Pulisic, Weston McKennie, Brenden Aaronson and a host of other stars as they pit their wits against some of the world’s finest players. You might even wish to test your skills and get involved in proceedings by dabbling in sportsbooks.

What Is Sportsbook?
Sportsbook is a method of wagering on the outcome of games. 30 states allow you to place wagers on sports, 22 of which allow it via a mobile device. Usually, this is on a game’s outcome, and it can often be done at an NFL stadium. However, as you won’t be able to get to Qatar, it would have to be done online in states that allow it.

How Does Mobile Sportsbook Work?
It is very popular in other countries; in England it is often considered part of a fan’s matchday experience. They will consider anything, from picking several games and hoping they all come in (known as an accumulator) to predicting the number of yellow cards that might be shown in a game. This takes the element of the randomness out of the equation; people believe they understand the game to such a degree that they can get ahead of the curve and predict what will happen.

There is also a facility to wager in-game. This is usually done via an app, and in the case of Ladbrokes live betting, you can pick games you might not even be aware are happening. So, you could see the USMNT go 1-0 up, think ‘they’ll win 2-0’ and back that, but at the same time see that the Macau FA Cup, featured on the site, with Ching Fung and Benfica Macau poised at 1-1. It sounds tight; perhaps there will be four yellow cards? In-play markets allow you to get on that.

How Will It Work For The World Cup?
In terms of the World Cup, it will be likely that any interaction you have with a sportsbook will be around the USMNT. They’re neck-and-neck with Wales in terms of likelihood of progression, behind England but ahead of Iran. Now, you might think that Iran’s players will be used to the heat in Qatar more than the Welsh, so you’ll be using your knowledge to try to get ahead. You might look at the final group game differently; the USMNT face Iran; what if Iran are already eliminated? Would it boost the chances of a win for our boys?

Best Devices To Use
There are a couple of options for you to enjoy the sportsbook and the World Cup. Much depends on where you’re going to watch games, especially if it’s part of your overall experience. For instance, if you’re watching at home by streaming a game, you may need a tablet to sit next to your computer for the best experience. A tablet or mobile device will be good if you watch live on television unless you have a laptop near the TV.

If you choose to head out to watch, a discreet mobile device will work best, so a good smartphone with the right app downloaded should do the job. Sportsbook is flexible, and there’s usually a solution to fit your needs.

When Can You Get Started?
The tournament kicks off on November 20 when hosts Qatar face Ecuador (the most underwhelming opening game of any World Cup!), but if it’s the USMNT you’re waiting for, you’ll need to hang on a little longer. Wales are the first opponents at 1pm Eastern Time on Monday, November 21. That’s followed by the big one, England, at the same time on November 25. The final group game, but hopefully not the final match, is Iran at 1pm ET on Tuesday, November 29.


How Live Dealer Games Have Revolutionized the Online Gambling Industry

Explained: What is Return to Player In a Casino?

9 Reasons Gaming Is More Than Just a Hobby