Space Here! Get Your Space!

A lot of gameplay footage came out of THQ Nordic’s showcase yesterday, both from known games and previously unannounced titles. Mirage Game Studios premiered footage for their upcoming space exploration game Space For Sale. With big serious titles, like No Man’s Sky and Starfield, we might just have some room for something a little sillier.

Space For Sale looks and appears to operate similar to Astroneer. You drop onto a planet wearing a spacesuit with a fishbowl on your head and explore. There is a cartoony look to the game and the way players can interact with their surroundings reflects that. 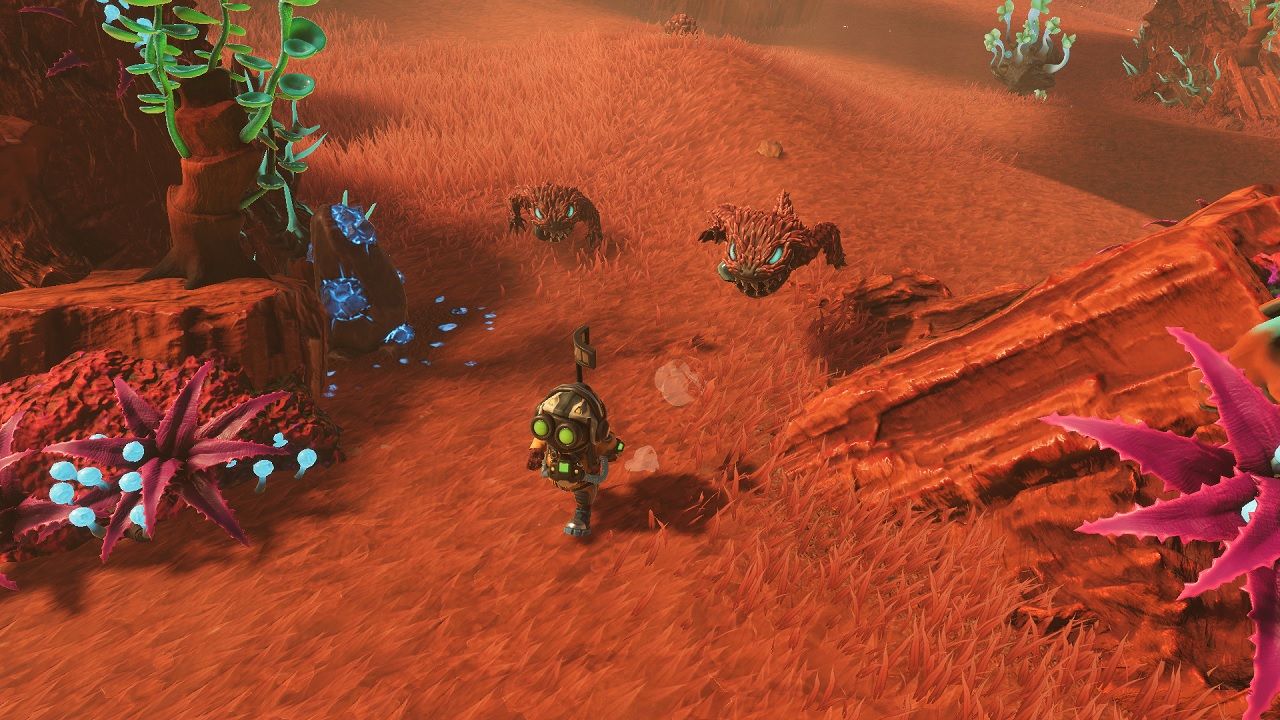 Using the materials and resources found on your planet, players can build a base for a long-term, sustainable stay. The local fauna can be tamed and the flora… well, be careful of the flora. There are some rather explosive consequences to picking the wrong plants.

Mirage Game Studios also developed Little Big Workshop. It shares similar elements with Space For Sale, such as base-building and crafting, but players take on more of an overseer role.

Space For Sale was also built for co-op, so you can invite a friend to explore with or cause shenanigans. There is currently no solid release date or window, but you can wishlist it right now on Steam. Space For Sale will be coming out on PC.

Will you be trying out this space exploration game? Let us know in the comments below.

Open World Racer Wreckreation Announced By THQ Nordic
Next
Ani-Mia’s Stuns With Her Cosplay
Previous
Crypto Is Back in New Destroy All Humans 2: Reprobed Trailer