Prepare to experience the most massive conflict in human history in an alternate way. Today Paradox Interactive is happy to announce the release date for their WWII grand strategy game Hearts of Iron IV’s newest expansion: By Blood Alone. Releasing on September 27th, the expansion sees players turn their focus to Italy. A press release provides more details about By Blood Alone. Additionally, a new pre-order trailer gives players a glimpse of what they can expect. 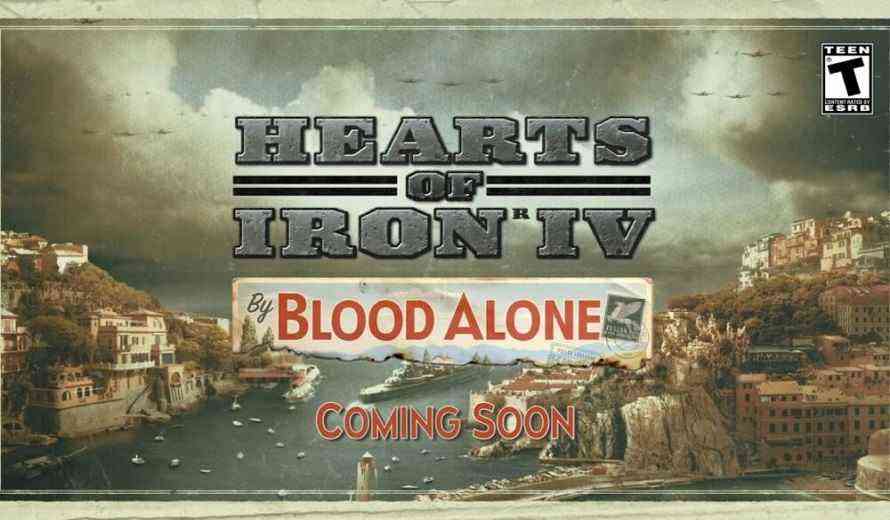 Hearts of Iron IV places players in charge of a country during WWII. It is up to the player to lead their nation to victory. Offering varying ways to play as well as different war-time experiences based on nation, the goal remains clear. Ensure the survival of your chosen nation. Of course, players will have access to all of the best technology of the time. From soaring war planes, to the rumble of tanks, players will develop armies to conquer the world. Yet, this allows players to make their own story in the most brutal war in history.

By Blood Alone is the newest expansion for the game. The expansion, obviously, brings a host of new content with it. This time, the focus of the game sets its sights on Italy,  Ethiopia, and Switzerland. Importantly, each of these nations will receive new focus trees. Additionally, the expansion also introduces new options for peace and new features such as the aircraft designer.

Ravenbound Bringing New Demo & Trailer to Steam Next Fest
Next
Lies of P Is Headed to Xbox Game Pass
Previous
Find Out When Genshin Impact 3.0 Unlocks in Your Time Zone