EA Sports College Football is coming out sometime in 2023. It is Electronic Arts’ revamped version of their retired NCAA Football series. They have been pretty mum about what the new series is going to bring. However, insiders have revealed some important information about what fans can expect at launch. 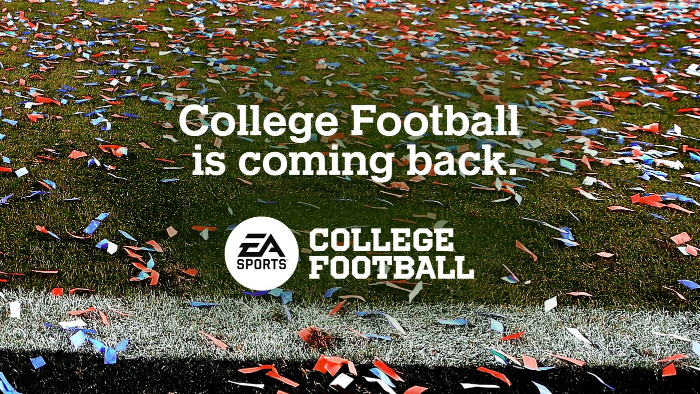 According to sources, EA Sports College Football is only going to be playable on the PS5 and Xbox Series X/S consoles. As of date, there is no information about whether or not it will even come to PC. Although this news might be a bit disappointing for fans, it was not entirely surprising. After all, General Manager Darryl Holt revealed last year that newer consoles were the major reason they decided to bring the franchise back to life.

Devs reportedly built EA Sports College Football on Frostbite 3.0. This is the very same engine that was used for current-gen versions of Madden NFL titles. This is not the first time that NCAA Football installments borrowed Madden’s engines. However, this does shed some light on the possibility that the two games could share some gameplay mechanics as well.

Fans are hoping that the game will also feature Madden NFL 23’s FieldSense gameplay system. This new system will allow players to move and pass more accurately with more than 3,500 new animations.

The biggest mystery associated with EA Sports College Football would be its team roster. Even the fans are in the dark regarding what teams and players are going to be part of the game. According to sources, EA is currently looking to secure licensing rights to “enough players for a two-deep depth chart.” The rest of the spots on the roster may possibly comprise of fictional athletes.

Halo Infinite Is Getting ‘Something Big and New’, Says Dev
Next
Modern Warfare 2 Digital Pre-Orders Have Early Campaign Access
Previous
Top E-Sports Games You Can Play On Your Mobile Device