Dual Universe is finally launching next month. Developer Novaquark has just confirmed that the player-driven MMO will be out on PC on September 27th. Fans of the game have been waiting for a very long time. After all, the ambitious project has been in development for eight years now. 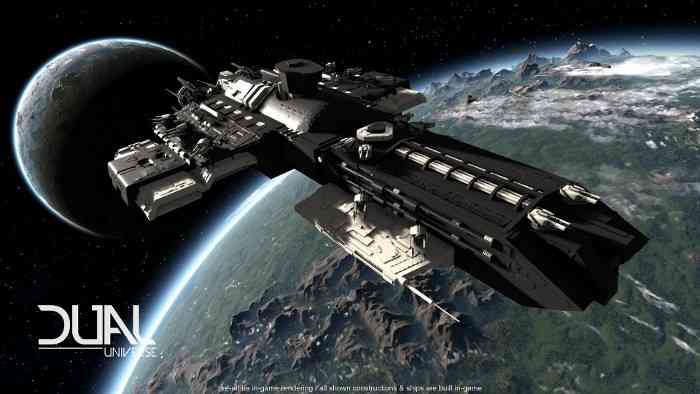 Dual Universe has been in beta for the last two years. During this time, devs added more features such fas space markets, asteroid mining, and space warfare. At launch, the game will also have a new first-time player experience. This will be pretty similar to the one that EVE Online has. Basically, these two games have some notable similarities.

Dual Universe’s pitch is essentially a player-created EVE Online with a flexible voxel-based crafting system that lets players build whatever they want in-game. According to devs, the game will feature quite a few of the “most advanced voxel technology ever created.” Moreover, it is worth noting that player creation is just one part of what makes the game very appealing to the masses.

Devs mentioned the need for players to learn ore processing, create ships, run an automated mining operation, and “sell codes that control weapons systems.” These jobs may sound a bit familiar to EVE Online players. The differences would come down to the creation system and the new feature that planets will now play a role.

“Since Dual Universe’s beta launched two years ago, our community of dedicated Novean explorers, plunderers, miners and pioneers have created amazing stories in towering cities underground bases and orbital space stations,” Novaquark CEO Nouredine Abboud said. “We are incredibly thankful for everyone who has embarked on this journey with us so far and are thrilled to open this new chapter of the game’s incredible voyage.”