Prepare to enter a world of dragons, magic, and war. Today PQube and Crazy Goat Games are pleased to announce their upcoming roguelite RPG, The Dragoness: Command of the Flame, is releasing on September 1st. A press release about the game provides more details. Additionally, a new story trailer gives fans all they need to know about the background of the world. 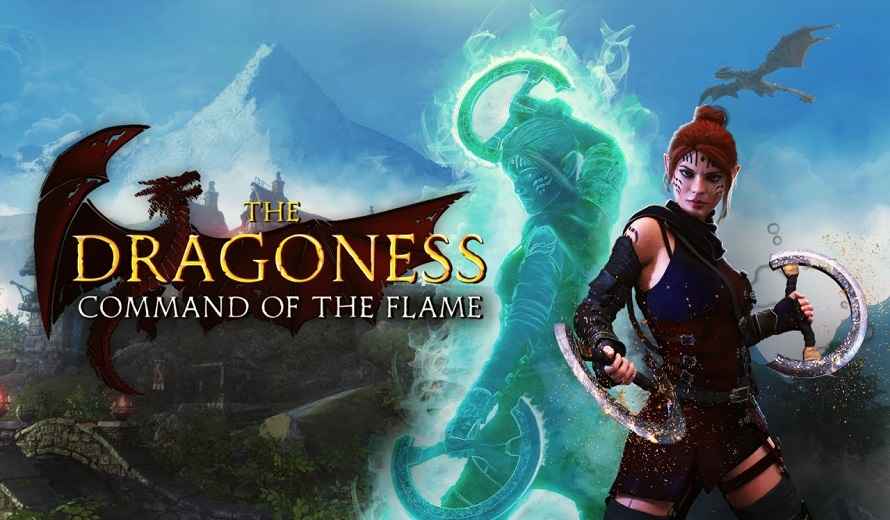 The Dragoness: Command of the Flame introduces players to the Drairthir Peninsula. The land is splintering into warring factions engulfing the region in conflict. Players will take on the role of a commander recruited by the mighty Dragoness to bring peace to the land. Players will undertake this mission, building a mighty army of beasts to save the land. Of course the game combines genres including elements of base building, strategy, turn-based combat, and roguelites.

As you adventure throughout the land, doing the will of the Dragoness, you will follow 16 main quests. However, there will be plenty of optional challenges for players to take on and try to master. Of course, players will be able to get a look at the lore of the world, as well as some of the gameplay, in the new story trailer.

The Dragoness: Commander of the Flame will be releasing on PC on September 1st, 2022. Currently a demo is available free on Steam. Additionally, players can also wish list the game on Steam. So, will you take up the mantle of commander and lead your armies to victory? Or will you let the land fall to ruin?

Sea of Thieves Is Reducing Milestone Requirements After Fan Complaints
Next
Phoenix Point: Complete Edition Out Now On PC With Final Update
Previous
Avatar: Frontiers of Pandora Delayed to March 2023