Get ready to kick, slide, and score in space. The fate of the Earth is on the line. No pressure though. Today Goat Games is happy to announce their upcoming sci-fi sports game, Star Strikers: Galactic Soccer. A press release about the game provides more details. Additionally, an announcement trailer brings players a glimpse of all of the intergalactic action. 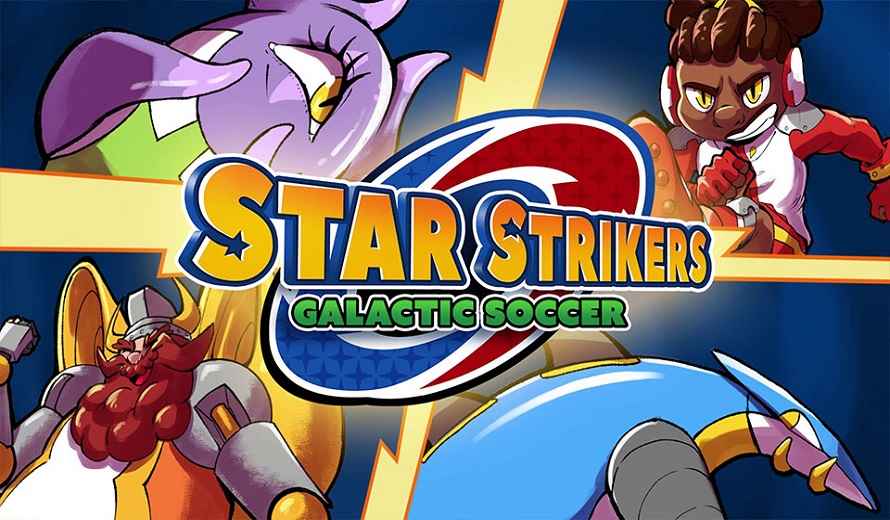 Star Strikers invites players to lead a team in a tournament for the fate of their planet. 8 of the best soccer players , from 8 different planets will compete in the tournament leading their own team of robo-players. Players of course get a choice to play as any of these peoples. Become an electro-cat, an Viking from an ice-planet, or even a mollusk from an ocean world. Every character comes with their own star powers which allows them to dominate the field. Of course, players will have to learn what each star power does. Additionally, each character has both a light and dark version of themselves with a different star power and even a new ending.

The game features a hand-drawn 2D art style that can be enjoyed either alone or with friends. Of course Star Strikers is offering a chance to compete in local or online tournaments against a friend. Additionally, the inclusion of the randomizer mode keeps things fresh with a lot of whacky fun to be had. Players can get a glimpse of the game in the new announcement trailer.

Star Strikers: Galactic Soccer is coming to PC in 2023. Currently it is available to wish list on Steam. So, are you excited for kick off?