Dungeons of Sundaria Parties Up On Steam Next Week

Dungeons need delving. Gather your friends and prepare for adventure. Today Industry Games is happy to announce that their co-op dungeon runner, Dungeons of Sundaria, is coming to Steam on July 18th. A press release about the game provides more details about the Steam version. Additionally, players can watch the trailer for the game to get a glimpse of what they can expect. 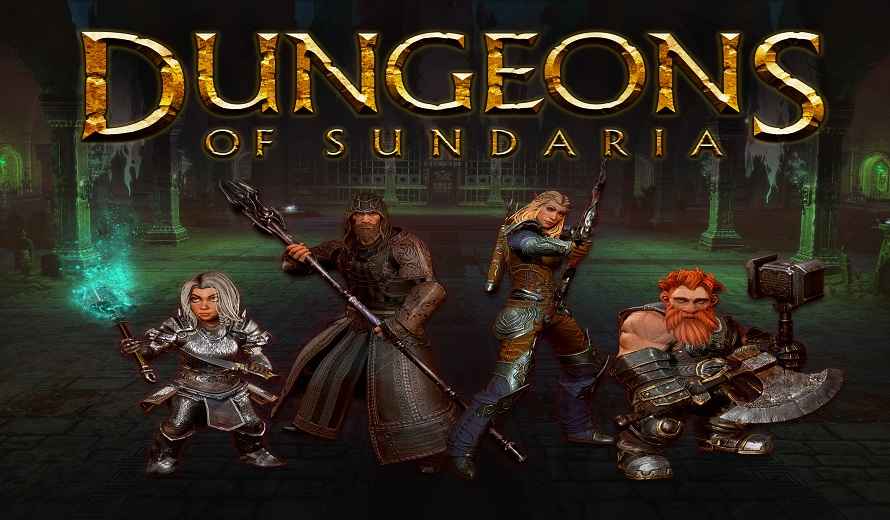 Dungeons of Sundaria introduces players to a fantasy world of classic fantasy races. Players will make their characters, choosing from one of five races and five classes, and delve into 4-player co-op action. Of course players will face dungeons of varying difficulty. Furthermore, the playstyle necessary for each dungeon changes meaning players will always need to be ready. Of course, players can choose to explore the dungeons solo or even local co-op, but teaming up with a diverse party is a key to victory.

The game features player customization. Choose either Champion, Cleric, Ranger, Rogue and Wizard and then change your look. Of course, the game also features an entire variety of weapons, armors, and even skills that players can use to make their character their own. Furthermore the game also introduces players to a fleshed out crafting system. The crafting system allows players to upgrade their gear and alter beyond what it first was. Of course players can get a look at the features of the game from the launch trailer.

Dungeons of Sundaria is releasing into Early Access on Steam on July 18th. So, are you excited to dive into some dungeons?