Valve’s Portal is one of the biggest games in history. The game is well loved by the majority of gamers for its comedy, unique puzzle solving elements and more. Today, Valve has confirmed that Portal: Companion Collection has released on the Nintendo Switch via the eShop. Interested fans can purchase the game on the platform at the price of $19.99USD here.

To celebrate the release, Valve and Nintendo released a short trailer showing off the game. In the forty second trailer, fans are given a first look at the simple gameplay elements that make the game a lot of of un. Players will jump through portals and solve puzzles to progress in the game. 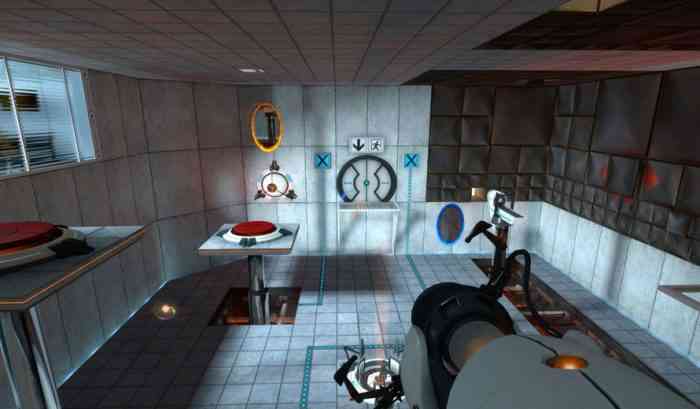 The collection includes the full single player experiences for Portal 1 and Portal 2 along with online, local and split-player cooperative multiplayer modes. Therefore, players can portal alongside their friends and experience the game together.

In Portal, players will use a portal device to navigate across the map and various puzzles. The Aperture Science Laboratories is the perfect playground. In Portal 2, players return to Aperture Laboratories where they will face off against GLADOS, a power-mad A.I. Furthermore, in the sequel, the developers introduces more unique puzzles, an expanded cast of characters and new areas.

Portal was a groundbreaking game and its sequel pushed the envelope even further in terms of puzzle solving and humor in video games. It’s unfortunate we may just never see Portal 3 from Valve.

Gungrave G.O.R.E. Latest Update Adds New Character and More
Next
Proletariat Announces That Spellbreak Will Close Its Servers In 2023
Previous
Persona 3, 4 & 5 are Coming to Nintendo Switch