Time to break some creative-block and return to the world of comics. Today, publisher Meridiem Games is happy to announce that the roguelike action platformer, Fury Unleashed is coming as a special boxed Bang Edition. Releasing for PS4 and Nintendo Switch on September 29th, the Bang Edition is a special collectible box edition. A press release discusses this edition as well as provides background about the game. Additionally, the release shares images and details about the Bang Edition itself.

Fury Unleashed places players in the role of a comic book character. Your goal is to find out why Fury Unleashed comic book creator, John Kowalsky, is having a creative crisis and help him out of it. Taking inspiration from roguelikes like Dead Cells, players will step into a comic book world where your combos are everything. Players will explore procedurally generated comic levels, grabbing items and abilities to assist you. Of course, this means every run of the game will be different. However one fundamental remains: learning to string a combo into an unstoppable, flawless, force of destruction.

The Fury Unleashed: Bang Edition will be a collectible physical edition. This version of the game comes with a special comic book cover art that reflects the game itself. Additionally, players can look forward to owning the special Bang Edition, Hive Queen Boss, key chain. 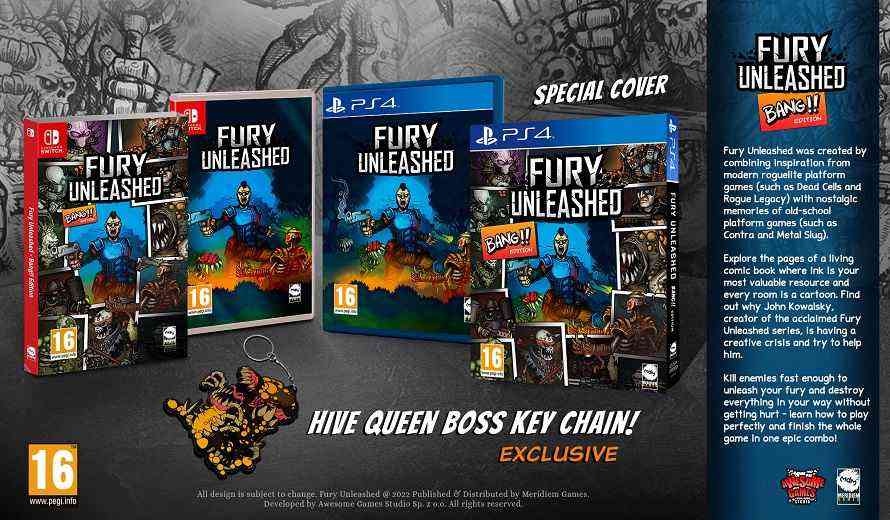 Fury Unleashed: Bang Edition is releasing on September 29th, 2022. It will release on PS4 and Nintendo Switch. So, are you ready to commit to some comic book combos and unleash your fury?