Read a Book, Get Knowledge

Not long ago, we saw an Elden Ring strategy guide that was being made in Japan. Well, now Future Press is making a strategy guide of their own. It’s the space race all over again! But with Japan!

What is better than one book? Two books. I think. I would personally rather just have to read one book. Elden Ring – Books of Knowledge will be a two-volume series. They will be purchased individually and cover different material. This is the same scam that college bookstores use, so be wary. 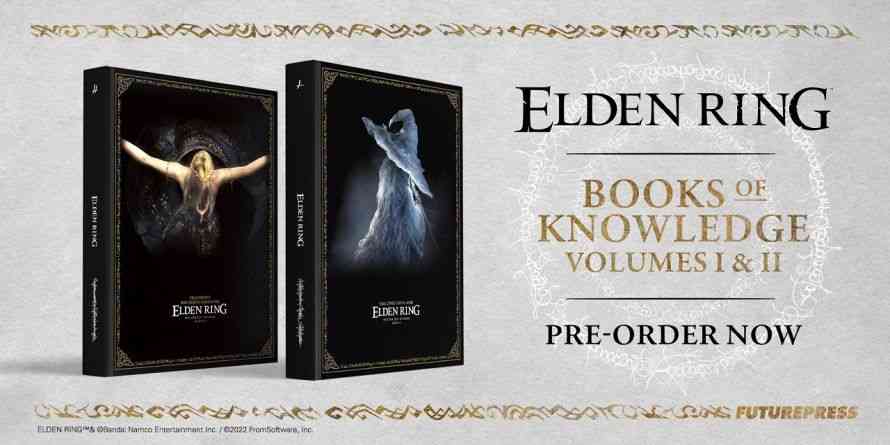 The first of the two Books of Knowledge will cover the Lands Between. It will include maps, information on all the dungeons, as well as locations and NPCs. The chapters are broken down into the World Guide and Dungeon Guide. If you need to know where something is, it will be in Volume I of these books.

Volume II covers battle and enemies. It has a detailed bestiary and a catalogue of all the weapons, armor sets, spells, and abilities in the game. If you own both books, you will be an unstoppable force in the Lands Between. But they probably can’t teach you the parry and dodge timings for everything…

The Books of Knowledge will both be printed on hardcovers, so you can look scholarly when they sit on your shelf. Each book is $50 and are available for pre-order now. They should be shipped out sometime in the late Fall 2022. The books are available in English, French, German, and Spanish.

Would you like to have an Elden Ring strategy guide? Let us know in the comments below.