Developers, Studio MDHR, released Cuphead on multiple platforms in 2017. Since then, the company has continued to release a ton of content for the game. Today, at the Summer Game Fest and Tribeca Festival Games Program, the developers revealed more gameplay footage of Cuphead – The Delicious Last Course. The DLC will be released on June 30th and will be available on Xbox One, PlayStation 4, Nintendo Switch and PC via Steam and GOG. It is priced at $7.99 USD / $9.99 CAD / 7.99 EUR / 6.79 GBP.

Studio MDHR’s Maja Moldenhauer stated, “It feels surreal to say it, but the release of The Delicious Last Course is truly just around the corner!” The Studio Director went on to state that the game was a labor of love and that the team worked to improve the game’s design, animation and music. 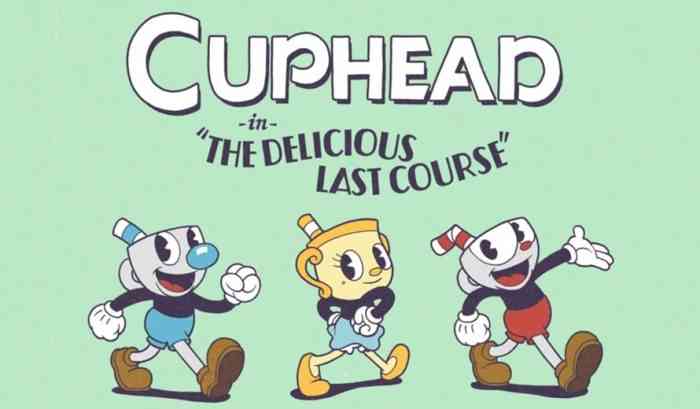 In the gameplay footage, fans are given a first look at a boss fight as well as some visual improvements made to the game. The world of Cuphead is full of adventure and endless possibilities.

In Cuphead – The Delicious Last Course, Cuphead and Mugman along with Ms. Chalice head off on an adventure to Inkwell Isle. Fans will have access to new weapons, charms and unique abilities. With the new powers available, players must fight against new, difficult bosses to assist Chef Saltbaker. Along the way, players will be able to explore Inkwell Isle and uncover various mysteries and secrets of the Legendary Chalice.

Furthermore, fans of the television series can look forward to a newseason!

What are your thoughts on Cuphead? Have you tried the game since its release? Are you interested in the upcoming DLC? What do you think about the gameplay footage? Let us know in the comments below or on Twitter and Facebook.