Xbox Game Pass has announced its new line-up of games for the first half of June 2022, and it includes Assassin’s Creed Origins. 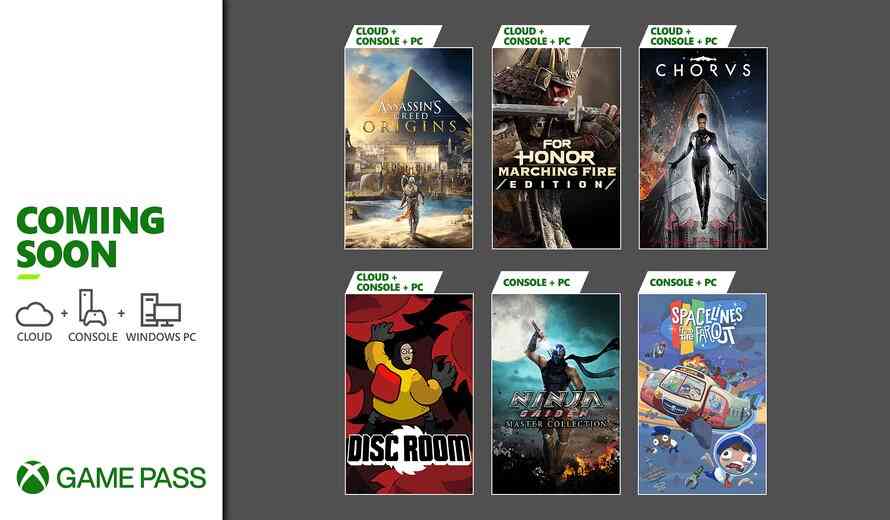 The new line-up reveals that all new six games are coming to both Xbox Consoles and PC. These games are Assassin’s Creed Origins, For Honor: Marching Fire Edition, Ninja Gaiden: Master Collection, Chorus, Disc Room, and Spacelines from the Far Out.

Game Pass subscribers that prefer gaming on the go will be happy to know that all the aforementioned games are also available for Xbox Cloud Gaming with the exception of Ninja Gaiden: Master Collection, and Spacelines from the Far Out. The games will also be available within the first week of June for all subscribers.

All Game Pass subscribers that are looking forward to playing Assassin’s Creed Origins on June 7 will be happy to know that a new feature update is rumored to release soon for the 5-year-old game, and it is rumored that the update will allow the game to run at 60fps for capable devices.

The new Xbox Blog Post also confirms all of the games that are leaving the service soon, these include Darkest Dungeon, Dungeons & Dragons: Dark Alliance, Greedfall, Limbo, and Worms Rumble. All of these games will no longer be available to play as part of the Game Pass subscription starting June 15.