The men’s lifestyle site Leo is home to plenty of interviews on a variety of topics – for them to have a Norman Reedus interview isn’t too unexpected. Neither was the content of his interview, for the most part. But the conversation meanders, reaching through a variety of subjects. It eventually touched on his history with Hideo Kojima, the brains behind Kojima Productions and Death Stranding.

“Guillermo Del Toro, who gave me my first movie, called me up and said, ‘Hey, there’s a guy named Hideo Kojima, he’s gonna call you, just say yes.’ And I go, ‘What do you mean just say yes?’ He goes, ‘Stop being an asshole, just say yes.’ Then I was in San Diego and Hideo came with a big group of people, he’s from Tokyo, and he showed me what he was working on on a game called Silent Hill. I was blown away by what he was showing me, and I was like, ‘Yes, let’s do this.’ It’s not Ms. Pacman; it’s so realistic, it’s so futuristic, it’s so complicated and beautiful, and I was completely blown away.” 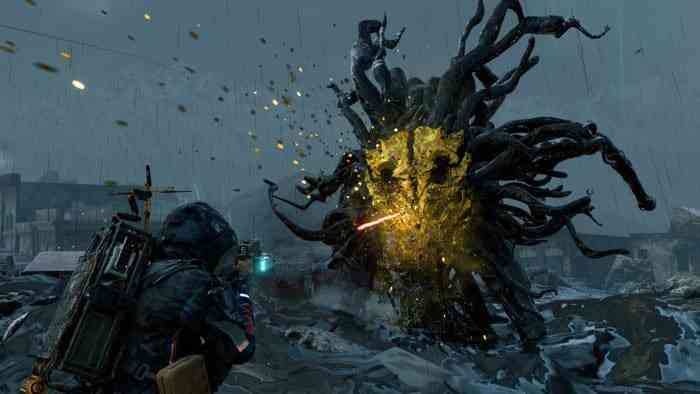 “It took me maybe two or three years to finish all the MoCap sessions and everything. It takes a lot of work. And then the game came out, and it just won all these awards, and it was a huge thing, so we just started part two of that.”

There’s only so many ways you can interpret “we just started part two of that”. Granted, it may not be a direct sequel as we know it. It could be a continuation of his work with Kojima, or some other product for the Death Stranding IP. But one thing is certain. It’s something sizable enough that Death Stranding was just “part one”. And in that, fans will inevitably have a lot to speculate on.