I Ain’t Afraid of No Ghost

Last week, virtual reality players got their virtual interests virtual piqued by Kinetic Games. The developer of Phasmophobia announced that the VR portion would be receiving a big update in the future. Soon after, they gave players a breakdown of the improvements coming to Phasmophobia VR.

No matter the game, VR versions can often seem janky. Sometimes it is part of the charm. The upcoming update to Phasmophobia VR will try to smooth out some of the jank. It will now make us of OpenXR, which is software used in making AR and VR. 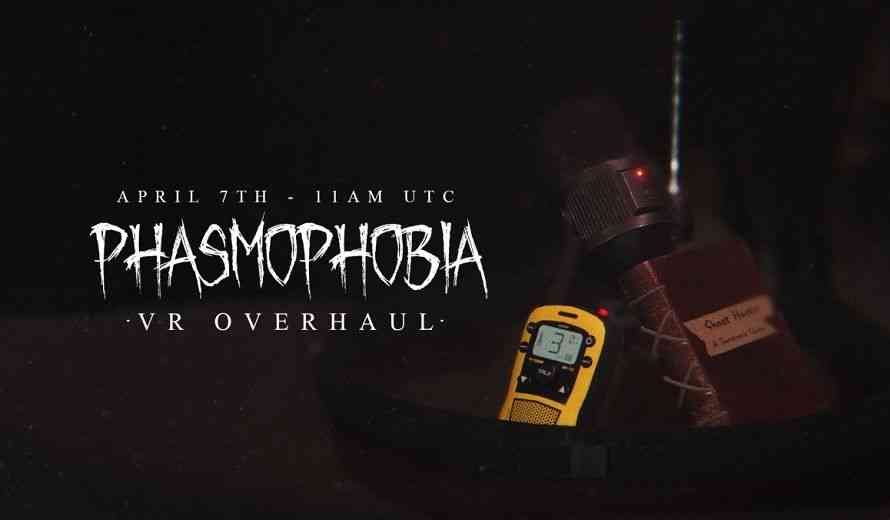 A lot of the improvements are quality of life changes and useful features you may have seen in other VR games. The ability to pass items from one hand to another, highlighting items when grabbing, and 180° quick-turns will be added.

Phasmophobia VR will have a left-handed mode for all the lefties out there. There will also be a seated mode. Currently, sitting down to play results in your player model walking around in a deep squat. Crouching will also be made to toggle. To that end, new movement animations will be added for VR players. A height calibration will also be implemented, so that models for players over 6′ tall won’t be tiptoeing around everywhere.

There will also be a bunch of improvements coming to Phasmophobia, regardless of whether your play with keyboard and mouse or in VR. The Hiding Spots system is being revamped, new sounds have been added, as well as new ways for certain ghosts to interact.

Phasmophobia is available on PC and VR.

Do you play Phasmophobia in VR or with keyboard and mouse? Let us know in the comments below.