Homeworld (1999) and Homeworld 2 (2003) were developed by Relic Entertainment. The rights to the series were bought from THQ by Gearbox. Blackbird Interactive developed the prequel game Homeworld: Deserts of Kharak and now we are anticipating the release of Homeworld 3. With the launch coming sometime this year, the Collector’s Edition is now available for pre-order.

Being a galactic 3D RTS, the Homeworld series’ units are almost entirely made up of ships of various sizes. It is only fintting the Homeworld 3 Collector’s Edition comes with a bunch of little (and not so little) ship replicas. 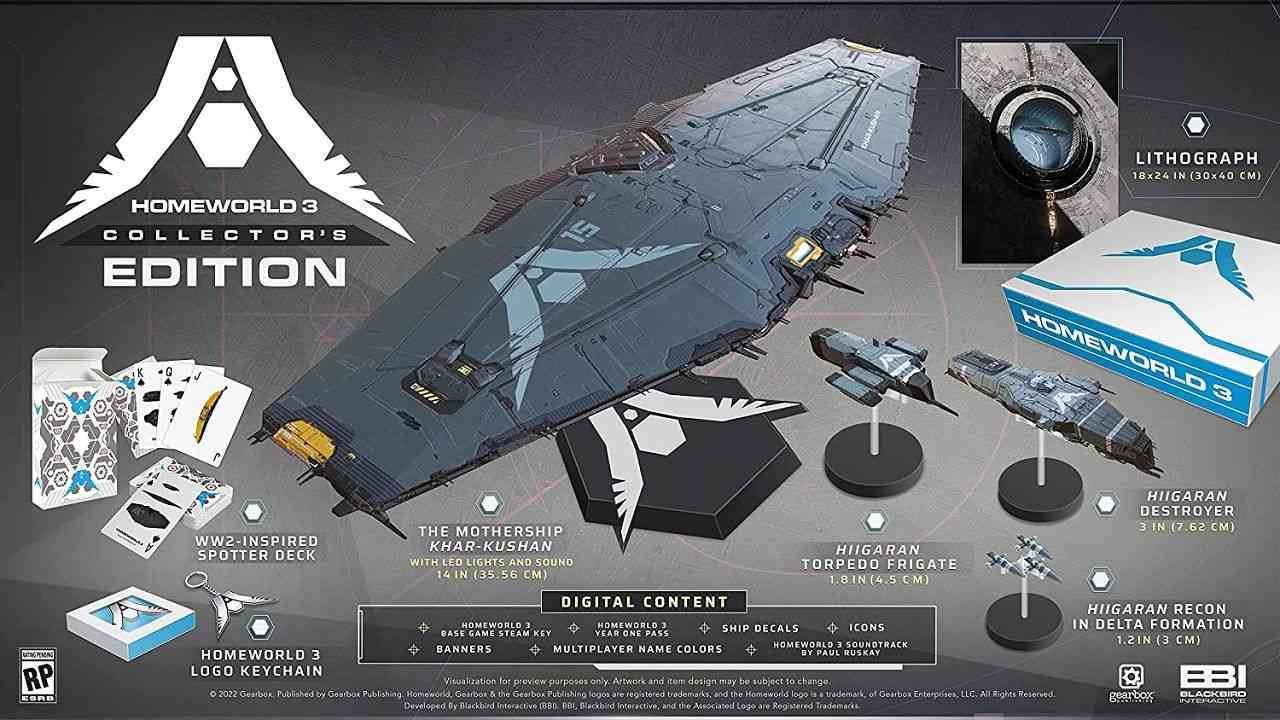 From smallest to biggest, the Collector’s Edition comes with a squadron of Hiigaran Recon ships in Delta formation, a Hiigaran Torpedo Frigate, a Hiigaran Destroyer, and the Hiigaran Mothership Khar-Kushan. It also comes with a Homeworld 3 Logo Keychain, a 18″x24″ lithograph, and a WW2-inspired spotter deck.

As far as digital content goes, it also contains the base game, the Homeworld 3 Year One Pass, various ship decals, icons, banners, multiplayer name colors, and the digital soundtrack. Though the game does not have an official release date pinned down, you can pre-order this edition on Amazon or GameStop.

Homeworld 3 was announced at PAX West in 2019 to come out this year. It seems kind of strange for a timeline that far away to not have been altered. Still, there are eight months left in the year, so that could change. Homeworld 3 is expected to come out later this year for PC.

Are you considering getting the Collector’s Edition? Let us know in the comments below.