Facts From the Metaverse 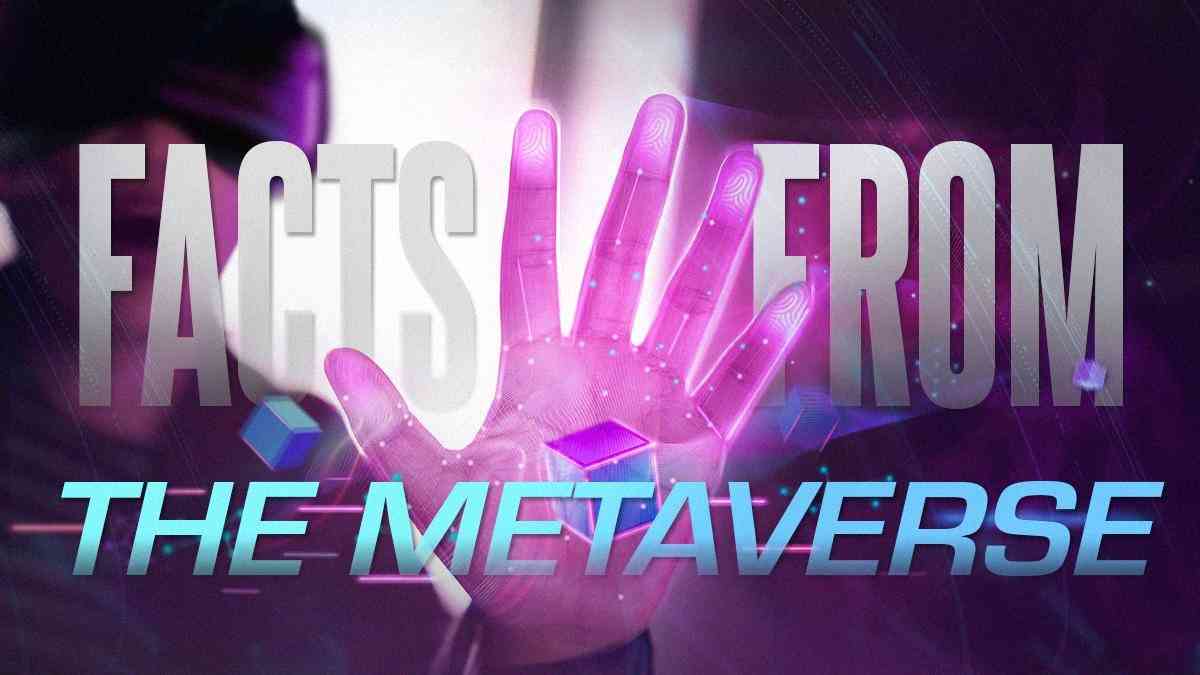 Two years ago, you would have been hard-pressed to run into a person that knew what a metaverse was and if such a thing even existed. The word itself is a blend of meta, meaning transcending, and universe. American science fiction novelist Neal Stephenson coined it in his 1992 book titled Snow Crash. Today, it has entered the mainstream consciousness via Facebook’s rebranding into meta and their announced 3D virtual shared space called the Metaverse. Many erroneously believe that Facebook’s free virtual reality online video game Horizon Worlds is the Metaverse, but that is not so, as the latter has not yet gotten released.

A metaverse is a term that refers to a virtual shared space where users can explore and interact with others via avatars. Facebook’s iteration has yet to launch, but it is the platform that cast light on these digital worlds, and below, we present several essential facts about them.

1.    Dozens of Metaverses Exist from Long Time Ago

While Facebook/Meta seemingly holds the monopoly of the Metaverse brand, dozens of virtual shared spaces that offer many of the things predicted that Facebook should incorporate in their version already exist. The most famous is Decentraland, followed by the SandBox and Somnium Space. The lion’s share of up and running metaverse have only recently appeared online, and only the super established ones have user pools in the several hundred thousand. They do not boast advanced graphics but stick to elementary visuals and focus more on the interactivity aspect that they provide.

DAO is an acronym for a decentralized autonomous organization. DAC (decentralized independent corporation) is an interchangeable term some people also like to use. They both mean the same thing, an organization that features rules that have gotten encoded as transparent software, voted on by all its members. There is no central ruling authority in a DAO, as it is a governance form where the people have the power over how things operate in their society.

3.    Blockchain Tech Is Essential to the Growth of Metaverses

Almost every metaverse that uses the DAO system has a blockchain-powered economy, complete with its currency, usually based on the ERC-20 standard. For example, Decentraland has its MANA currency, while SandBox’s fungible token is SAND. These are essential to the ecosystems of these platforms. They are the basis for all transactions that happen within them. Each metaverse has a finite currency supply, and its users can buy and sell these tokens on popular crypto exchanges.

4.    VR Implementation is a Major Goal

While not all metaverses have a VR option, most strive to incorporate this option eventually. Somnium Space is available for all the major virtual reality headsets, such as those from Valve, HTC VIVE, HP, devices in the Oculus series, and Windows’ mixed-reality headsets. Decentraland plans to have a VR option soon, despite popular belief that it already offers it, and Facebook’s Metaverse definitely will be VR compatible.

Since metaverses have full-fledged economies, users can buy and sell digital items that get classified as unique virtual assets called non-fungible tokens, or NFTs. Using a metaverse’s fungible token, users can purchase these NFTs, and pieces of their virtual world’s map are also up for sale. Once someone owns land in a metaverse, that person is eligible to do with his estates as he sees fit. Most choose to build structures on plots they own from which they operate a business. A famous example of this practice is the Tominoya Casino in Decentraland, akin to US-player high-paying casinos online. It is only one instance of someone operating a gambling establishment in a metaverse. Hence, expect the number of virtual casino moguls to jump dramatically relatively soon.

Recently, news broke that JPMorgan’s lead global banks are testing the metaverse waters. In March 2021, HSBC, one of Europe’s most massive asset lenders, became the world’s first financial institution to acquire real estate in the Sandbox metaverse. In February, various JPMorgan Chase’s Wall Street peers opened the Onyx Lounge in Decentraland. That is a spot where platform users can buy assets and land. EQIFI, a DeFi platform powered by the EQI bank, is working with Polkacity, a gambling platform, which will allocate space for an EQIFI bank in its upcoming NFT-fueled game.

The main issue most people have with metaverses is that these platforms amass an enormous amount of personal data from their users. Unlike popular social networks, these hubs track individuals’ activity more intimately. Moreover, metaverses may collect financial transaction data as users perform thousands of crypto-based transfers at their primary marketplaces. Many of the entities in these fields gather biometric data from their user pool, and only specific countries have developed laws that regulate biometric data collection.


Bandai Namco Is Working on a Metaverse Project

The STALKER 2 Metaverse Is a Thing I Guess