In the beginning, there was light, darkness, and GTA V. Legend has it that at the end of all things, there will be the Alpha, the Omega, and GTA V. This game has been around long before us and will persist long after we are gone.

If it wasn’t enough to know that content creators are still scooping up views by the millions from GTA Online, the game is once again getting a makeover. After being released in September 2013 on Xbox 360, PS3, and PC, it was again released with new features on PS4 and Xbox One in November 2014. 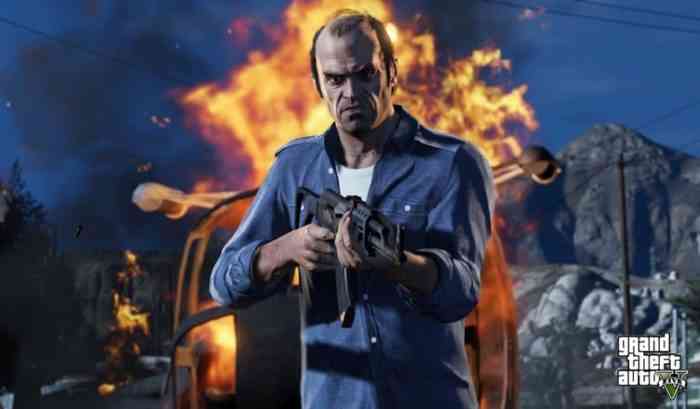 This month, GTA V will be coming out on PS5 and Xbox Series X|S. This time, you will not have to purchase the game to upgrade to the current generation of consoles. It will feature some of the standard upgrades that other games bring to these consoles. Ray tracing, haptic feedback (on PS5 controllers), Performance/Fidelity Modes, and Performance RT mode, which is a blend of the two.

Similarly to the previous generational jump, players will be given a one-time transfer between console families. So, if you want your character on PS4 to go to the Xbox Series X|S version, that can be done.

There will also be a Career Builder feature designed especially for new players, if there are any left. This gives GTA Online brand new characters a boost of $4,000,000 to spend how they want. Players who want to reset their GTA Online progress can take advantage of this as well.

Will you go back to GTA V on current consoles? Let us know in the comments below.