Battlefield 2042 Is Not Doing Good on Steam

Battlefield 2042 Has a Very Low Player Count On Steam

Battlefield 2042 is not doing well on Steam at all. Right now, the game is struggling with just 2,090 players on in the last 24 hours. That number is less than Battlefield 1, 4, and 5.

Battlefield 4 has 2,195, Battlefield 1 has 7,498, and Battlefield 5 has 21,709. It is safe to say that Battlefield 2042 has been a complete disaster on Steam and likely elsewhere. These numbers are not of a game that is going to get long-term support. I’m not sure there is a way to turn this disaster around.

This comes after Battlefield 2042 became one of the all-time worst-reviewed games on Steam. EA’s once-prominent FPS has had nothing but struggles with this iteration. That truly is a shame as I used to like the Battlefield series quite a bit. It was my go-to FPS when I was in the mood for that.

To further cement just how poorly Battlefield 2042 is doing, its season one was delayed from February to sometime this summer. An online game launches, and it doesn’t even have a season one for months. I don’t think anything else could signify a game launching way too early.

Unsurprisingly, Battlefield 2042 didn’t meet EA’s expectations. They were not happy with how poorly the game sold. While often publishers claim a game underperformed because they had ridiculous expectations, I think this is a legitimate underperformance. 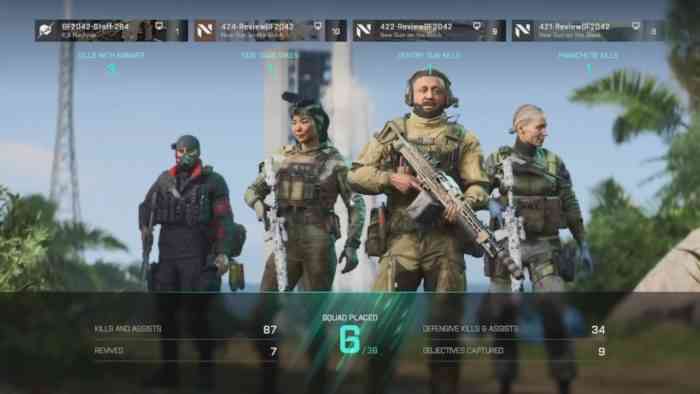 Battlefield 2042 is why you don’t rush games. You can’t always just fix them later. I honestly don’t know if it will ever reive that summer update to add season one. EA might as well just kill this game now. It is clear that it won’t be missed.

Have you played Battlefield 2042? Do you think it deserves this fate? Let us know in the comments below!