Early Access gives game developers a chance to ensure their final product is up to release standards. Indie Developer Ludomotion has put the final touches on their unique roguelike, Unexplored 2: Wayfarer’s Legacy, as it prepares for official release. A press release about the final early access patch provides more details. 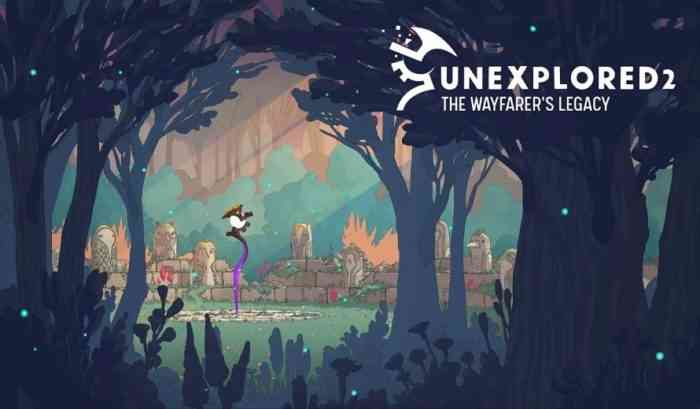 Unexplored 2 is a roguelike with a unique mechanic that relates to failure and success. The game aims to take elements from table top RPG’s. It then takes the player and thrusts them into a world where their choices matter. Additionally the world is procedural, vast and dangerous. Unlike other RPG roguelikes there is no exp, no grind, or gold. Everything exists for you to discover.

The latest updates, and the final major update before release, adds even more to the game. For instance, and maybe most importantly, the update introduces ancient machines that can change the state of the world.

“By turning on or off giant ancient machinery, players change the world state, making it easier to reach the endgame. Or, making the endgame itself easier. It’s up to the player to make those choices.” Says Game Director Joris Dormans about the new machines. “Remember, when you die in Unexplored 2 the world remains…if you die during the endgame, all is lost, the world is wiped from existence. And from your drive.”

Additionally the update adds changes to gameplay, bug fixes, and cosmetic changes. With its twists on permadeath and the new machines to make that easier or harder the game has built itself a free world dependent on the player.

Unexplored 2: Wayfarer’s Legacy is currently an Early Access title on the Epic Games Store. It is planned for a full release later in 2022 with Console versions alongside the release.