The stakes are high, the rewards may be higher. Today, YAGER Development revealed that it’s second Closed Beta for its PVP FPS, The Cycle: Frontier, is coming in March of 2022. A press release about the Beta provides more info. Additionally the press release delves into more details about the game itself including its features and gameplay. 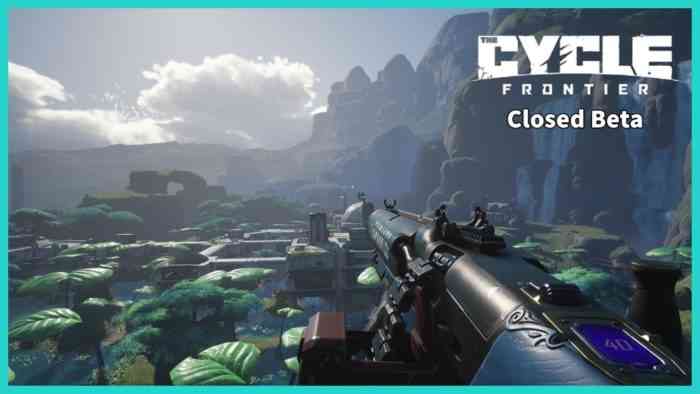 The Cycle: Frontier provides players with a unique PVP and PVE mix experience. Players will descend to a sci-fi world, Fortuna III, where they will battle in a high stakes fight for their lives. Once on the planet players will complete mission objectives to go after a big payout. However, take heed for you are never alone on Fortuna III. Between bloodthirsty fauna, and even more bloodthristy rival players you need to be ready for a fight at all times.

The game features three different factions, a variety of weapons, gear and upgrades, and a host of enemies and objectives to complete. A trailer for the second closed beta shows off some of Fortuna III’s landscape as well as one of the new objectives: the laser drill.

Despite appearing previously the laser drill is new and improved this beta. And it isn’t the only thing experiencing improvements. The Cycle itself has been given combat updates, AI improvements, bug fixes, loot upgrades and more. It seems that The Cycle: Frontier is ready to go once more.

The new closed Beta for the game will be available March 10th, 2022 on Steam and the Epic Games Store. Additionally, players can currently register on Steam to request access to the new closed Beta. Good luck down there and remember to watch your back… You aren’t the only one looking to get paid.

The Cycle: Frontier Free To Play On Steam as Pre-Season Begins