Square Enix and Platinum Games’ Nier Automata is one of the most acclaimed JRPG’s of all time. It comes complete with great characters, great story, and great action. And now, it is coming to the world of anime. Rumors from earlier in February have materialized into an official website and twitter page for the anime. Additionally the twitter page has let fans glimpse a short teaser trailer.

As of yet, there isn’t a whole lot to see yet. The twitter page hosts two tweets, one being the teaser and another being a sketch of 2B herself. However the website gives us a blog post that provides a confirmation for the choice to animate. Mostly the post talks about the plot of Nier Automata but includes where the announcement came from.

“The popular action RPG game “NieR: Automata”, which was released by Square Enix on February 23, 2017 and has sold over 6 million units worldwide. We announced the decision to make a TV animation in “NieR: Automata 5th Anniversary Live Broadcast” which was delivered today, just 5 years after its release.” Says the website’s blog post. 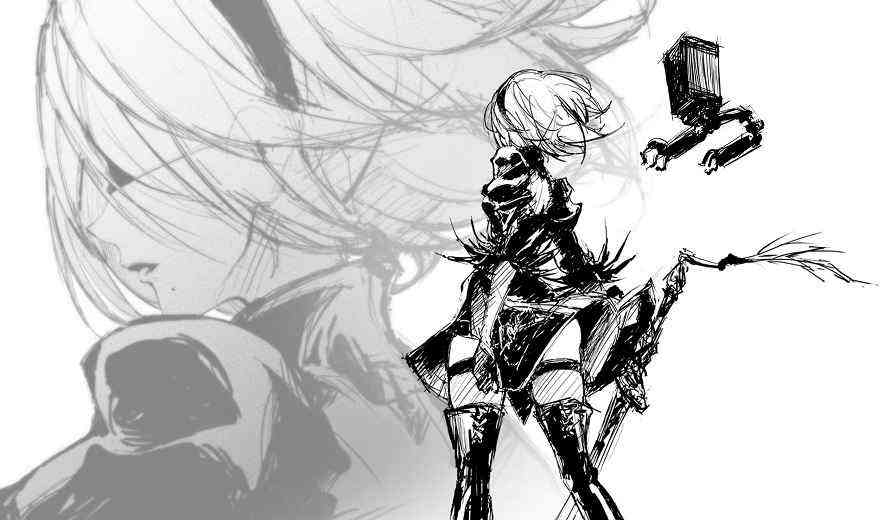 Of course, fans are going to have to wait patiently for more information to come out about the show. But for now they can enjoy the short teaser, the art of 2B, and brush up on their Japanese to see what the twitter is saying. Are you excited for the Nier Automata anime? What scenes are you most hyped to see?

Babylon’s Fall Collaboration in the Works