Guild Wars 2 is one of the most popular MMORPGs in the world since its release many years ago. The game has suffered its ups and downs, but ArenaNet have consistently released content for the game, including expansions. Last year, a ton of information was revealed about the game’s upcoming expansion, End of Dragons. Today, it has been confirmed that Guild Wars 2: End of Dragons will release on February 28th, 2022. This expansion will be the third in the game’s history.

The development team has released a new trailer showing off various elements of the expansion. The two minute trailer is filled with cool narration, an epic soundtrack and great visuals. Some of the key aspects showcased include Cantha, the new area to explore, new ways to travel and customization options. Furthermore, there will be new elite specializations available for players. 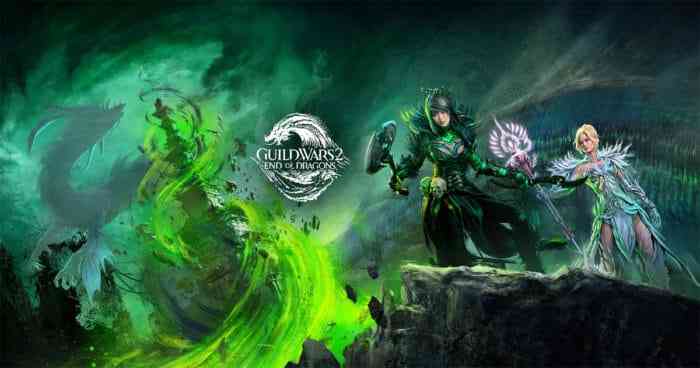 In the upcoming expansion, players will undergo a new journey on an epic adventure on the island of Cantha. Along the way, players will meet new characters who will shine light on Tyria’s elder dragons. Additionally, there will be horizontal progression on fishing and sailing.

The Siege Turtle combat mount offers new gameplay possibilities for travel and battle. Furthermore, Guild Wars 2, a game known for its large-scale combat, will see the return of open world events. This will lead to immense replayability and the discovery of unique, verdant areas on the map. Combat is made event better with elite specializations such as the Ranger.

What are your thoughts on Guild Wars 2? Do you enjoy MMORPGs? Have you tried it yet? Will you be trying the game when the expansion releases? What are you most looking forward to when it releases? Let us know in the comments below or on Twitter and Facebook.