This Is After Last Weeks Authority Pack DLC

Dying Light 2 is still fresh, but Techland has been staying on its toes. Last week, there was the release of the free DLC, the Authority Pack. And now, we have a new DLC pack that players may enjoy. 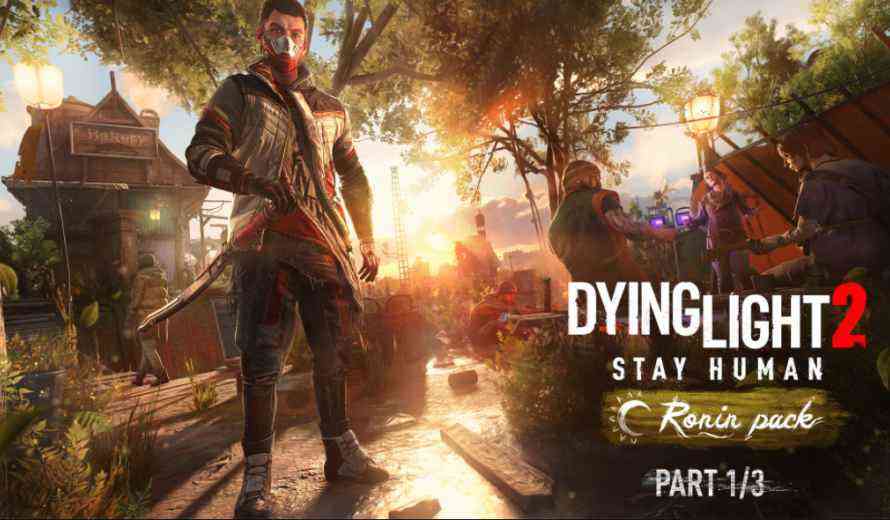 The Ronin Pack is to be released in three parts- the first already open to claim for any one who is already playing, with the second parts to follow up after. The first part of the pack, which details the chest piece, pants, and shoes, are up for claims, as stated before. The gloves, mask, and arm guards will come out on February 23rd, and the machete-like sword will be released on February 25th. Not bad, for a full set.

And it looks like it too will be following the pattern of the previous set, the Authority set, with gear and weapons. Whether these give bonuses or not, it’s unknown at this time, but it does look pretty stylish overall.

This certainly goes with the plan that Techland has overall, in releasing content for Dying Light 2, with free content, a lot of gameplay, and weapons to use. It sounds like in March and in April, there will be events to look forward to, no matter what console players enjoy, and that the first paid story DLC will have the release window in June. With the weapons array, crossplay ability, and current free DLCs, it looks as if Dying Light 2 has a lot to offer for fans.

And it looks like people are responding to this array of options if the Steam numbers for top games played so far this year are anything to go by. Once we know more about the upcoming Dying Light 2 events, we will be sure to let you know. Stay tuned!