Dying Light 2 DLC Starts Off with the Authority Pack

For the past 3ish years, whenever the first Dying Light game would release new content, we would joke about Techland would have to make the same commitments as with the sequel. Now that Dying Light 2 is out, they are starting to make good on that. After all, they do have plans to support it for at least five years.

Today, Techland released Authority Pack part one. There are three parts to this pack, all of which are free. Part one contains “Intimidating Jacket”, “Intimidating Cargo Pants”, and “Intimidating High-Tops”. There is no word on exactly when the next two parts will be available. 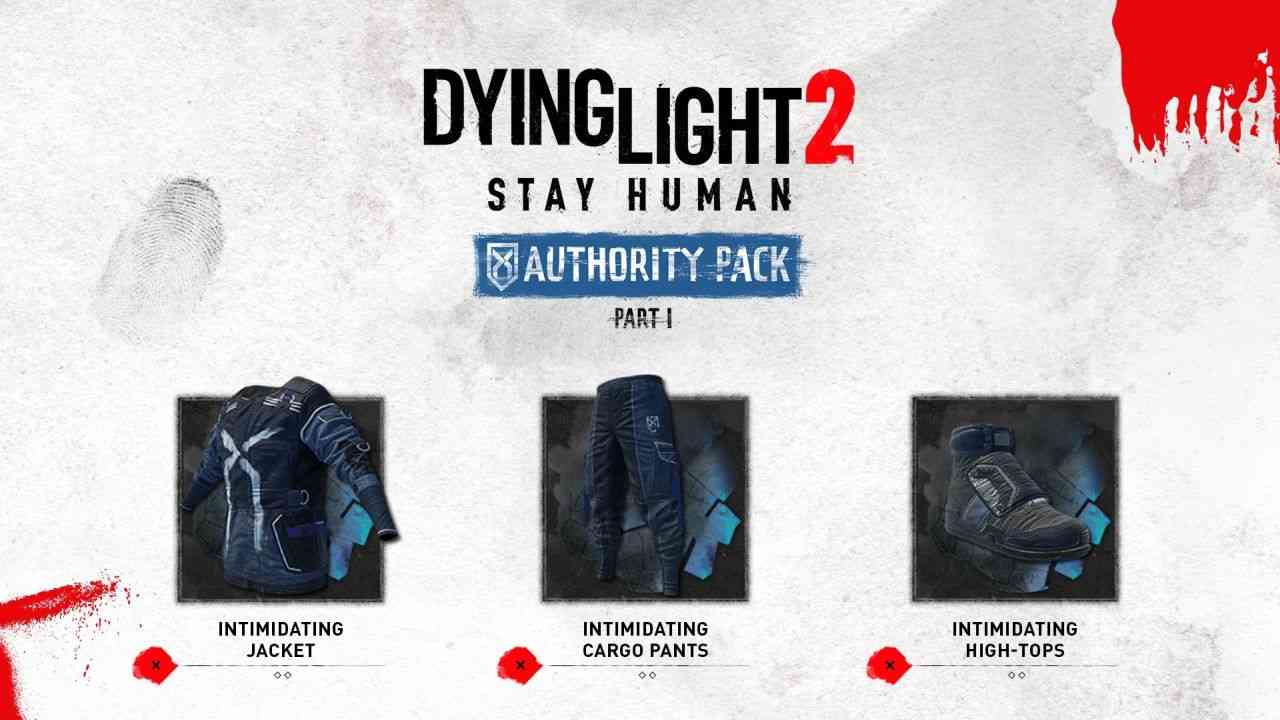 Yesterday, a short trailer was released for the Authority Pack. This set is inspired by the Peacekeepers faction, which can be joined in Dying Light 2. Part two contains a facemask, bracers, and gloves. Part three is a two-handed hammer weapon.

The Peacekeepers are follow strict rules and deal out harsh punishments to offenders. They see themselves as the leaders toward a future of law and order out of a fallen world of chaos and anarchy.  The player can choose to join them or the Survivors, the Peacekeepers’ rival faction.

There are bound to be more weapons and gear to come out, as well as larger story and gameplay DLC in the future. Dying Light 2 is available for PC, PS4, PS5, Xbox One, Xbox Series X|S, and Nintendo Switch.

Which faction are you joining in Dying Light 2? Let us know in the comments below.