Xbox Celebrates Year of the Tiger

And It’s With a Limited Edition Console

Xbox has been having a lot of fun lately when it comes to making various collaborations, as well as making various merchandise of their own. And it turns out that Xbox has decided to take this opportunity to celebrate the new Lunar New Year, and with it, the Year of the Tiger. 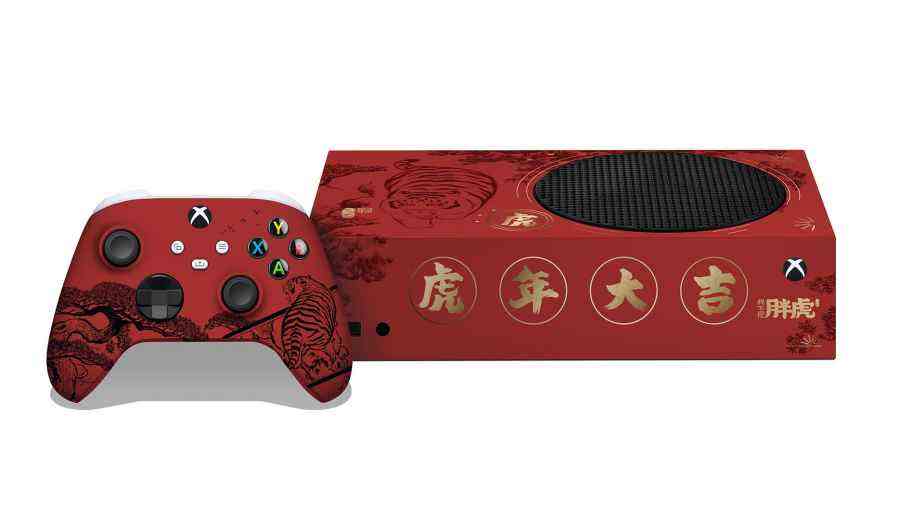 Labeled as the “Luckiest Xbox Series S”, the company has created 5 custom Xbox Series S consoles and Xbox Wireless Controllers. This is part of a collaboration with Chinese artist Bu2ma, and inspired by his iconic art.

According to the Xbox release, those born under the Year of the Tiger are strong-willed and confident, and these are traits that all have within the Xbox family. It was the hope that the creation of this console, would encapsulate the feeling of the year of the tiger. So there was the use of red and gold as part of the console and controller design, and a black ink style finishes, displaying a tiger and trees on both devices. There are also the words “a golden Tiger (虎)” written on the back of the controller. It is unclear what is said on the console itself, but it possibly signifies luck and joy, as well as good wishes for the year of the tiger.

Sadly, it looks like it’s only within Xbox China that it will be possible to gain this special edition Xbox Series S. But residents of China are able to take part in the official sweepstakes. They can do this through two official channels: either through Wechat or bilibili. The contest will start on January 25, 2022, at 12 PM, China Standard Time.

However, if we may be so lucky-and if enough people express a desire for such a console- maybe we will be able to have a contest for winning a console celebrating the year of the Rabbit on a wider global scale.