RuneScape’s Arena has Been Destroyed in an Event

Welcome to the Oasis

After 18 years the landscape of RuneScape’s world, Gielinor, has changed in a major way. Launching today RuneScape’s arena is transforming into an Oasis. PVP fighting is turning into a team building experiment to construct a beautiful Oasis. A press release about the event provides more details. 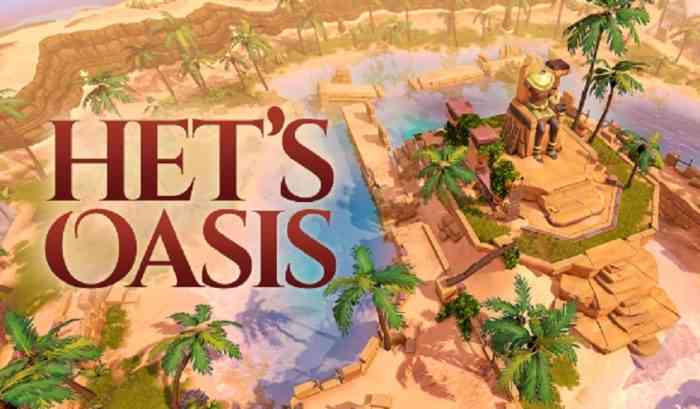 Saying goodbye to an iconic piece of RuneScape history to introduce a new location. The arena, a staple of PVP for 18 years, has been destroyed in an apocalyptic earthquake. The bloodstained structure is now in ruins, and the surrounding area is desolate. The update, The Oasis of Restoration, sees players working together to build a new area: Het’s Oasis.

In addition to a new area, The Oasis of Restoration introduces a new landscape, new ways to skill, as well as two new mini-quests to explore. Furthermore, players that help to build the Oasis receive rewards. Anything from desert themed armor to a new crocodile pet. The Oasis thanks it’s champions.

A release trailer for the update shows off the change in scenery, amongst other features.

Additionally the trailer takes players on a journey from past to present. It showcases how the arena was with images of two players doing battle. Then, images of what the Oasis looks like with the update.

As well, the mini quests the update brings fit into the overall Elder God Wars Saga. Players will assist the God of Death in the training of young gods as they delve deep into Het’s Tomb.

Of course, the event doesn’t last forever. After two weeks the Oasis will be restored leaving players to explore its benefits. Thus a place of brutal combat becomes one of learning, exploration, and even more adventure. There may even be a pair of “crocs” in it for you. Are you excited about the Oasis?

The Dragoness: Command of the Flame Heating Up in September
Next
Mass Effect: Legendary Edition Is Coming to Xbox Game Pass
Previous
Dead by Daylight’s Upcoming Update Is Adding Tons of New Content