Norland, developed by Long Jaunt, has just announced their newest game, Norland. Norland is a medieval kingdom sim that looks to generate complex stories. The game is inspired by great works such as Rimworld, Crusader Kings, and Caesar.

Your role is to manage a noble family that owns a city populated by dozens of characters from different classes: peasants, slaves, soldiers, and criminals. Each citizen has its own needs and complex behaviors, which will depend on their social status and individual traits. And often, their behavior can be deadly to your family. 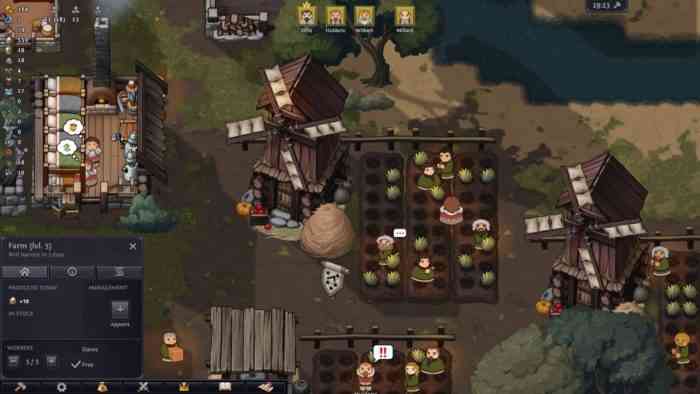 It sounds like they are looking to build a complex generator to allow for stories to naturally play out. Citizens are unique with a bunch of features to seperate each other. A few of those features include: relationships, sex drive, beliefs, health systems, and backgrounds.

Family members build relationships. They joke around, gossip, insult one another, fall in love, make friends, support each other, and sometimes even kill one another out of anger. That sounds like some dangerous family relationships. Perhaps they should see a therapist.

Of course, you are the leader of this town. That means you also have to worry about politcal turmoil. Blackmail, staing in good graces of religous leaders, infested reguges, and nautral disasters. Sounds like there plenty to keep you busy.

Norland seems interesting. I like the idea of a character focused medieval kingdom sim. This is one I’ll defiently keep an eye on.