Learn More About the Tribes of Horizon Forbidden West

Today, Sony released a brand new trailer focused on the various tribes that will appear in Horizon Forbidden West. With just over a month to go before the release of Horizon Zero Dawn’s sequel, Sony is revealing a lot more info to eager fans. 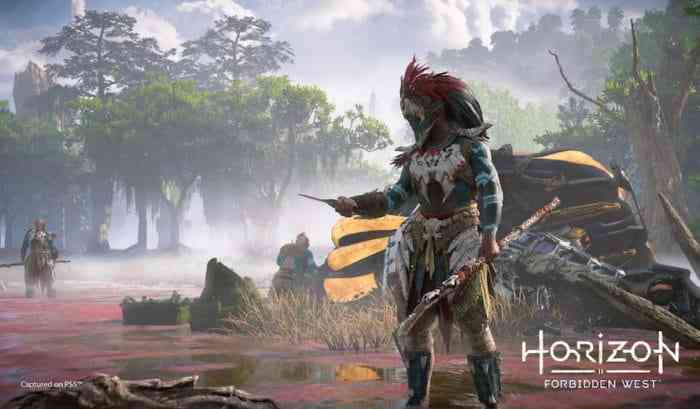 December was a busy month for the upcoming game. Sony shared different information about the much-anticipated sequel. The company revealed a very intricate skill tree with a multitude of choices, and some exciting new machines and monsters as well.

It now appears as if January will be picking up where December left off. As we get closer to the release date, the newest information Sony has shared about Horizon Forbidden West is about the game’s tribes.

Sony has released a trailer to go along with today’s reveal. Check out the video below that highlights the game’s various unique tribes below.

Horizon Forbidden West will see the return of some familiar tribes. This includes the border settlements of the Carja and the Oseram. These are both friendly tribes players will remember from the first game.

Aloy will also encounter some brand new tribes, beyond the Carja’s walls in the Forbidden West. First, there is the Utaru, who are suffering in the blighted fields of Plainsong.

Then there is the Tenakth in the Clan Lands. They are a tribe split into three eternally-warring clans that have since joined forces. They have teamed up to fight off the threatening rebel tribe led by Regalla.

The trailer also teases some sort of mysterious and powerful tribe that lives even further west, searching for secrets on the edge of the west. Who is this tribe and what will they bring to the game?

There is much more we still have to learn. Horizon Forbidden West is coming to PlayStation 4 and PlayStation 5 on February 18. Which latest announcement are you most excited about?